Nationals' skipper Dusty Baker talked to reporters this afternoon about having to make some decisions when it comes to the roster with both Ryan Zimmerman and Sammy Solis set to return from the DL. Lucas Giolito and Michael A. Taylor were optioned out.

With both first baseman Ryan Zimmerman and left-handed reliever Sammy Solis set to return from their respective stints on the DL in time for the start of the Washington Nationals' two-game series with the Cleveland Indians this Tuesday, there were some roster decisions to make following this afternoon's loss to the San Diego Padres.

Dusty Baker was asked after today's game where some of the younger players like Trea Turner, Reynaldo Lopez, Lucas Giolito and Koda Glover fit into the Nationals' plans for the near future.

"[GM] Mike [Rizzo] and I have to discuss that," Baker told reporters. "We've got to make some moves today and I have to talk to those players before I tell you."

A few hours after the game, the Nationals made the latest roster moves when they optioned Giolito and Michael A. Taylor back to Triple-A Syracuse.

RHP Lucas Giolito and OF Michael A. Taylor were optioned to Triple-A Syracuse after today's game.

Giolito struggled again in his third start in the majors, giving up four hits, three walks and four runs, two earned in 3 ⅓ IP over which he threw 66 pitches, 36 for strikes.

Taylor was sent to Triple-A a few weeks back to get regular at bats, only to be recalled when Zimmerman landed on the DL.

Baker also talked about Trea Turner, who went 2 for 5 with two runs scored out of the leadoff spot this afternoon and what the future holds for the recently-turned 23-year-old infielder.

"He's an impact player," Baker said. "Delino DeShields had told me that this winter, that he had him in the fall league and he said that he's an impact player, so now we've just got to find a place, with [Zimmerman] coming back, find a place for him to play, and is it better for him to go play every day or play sometimes here or make a determination is it all the time. 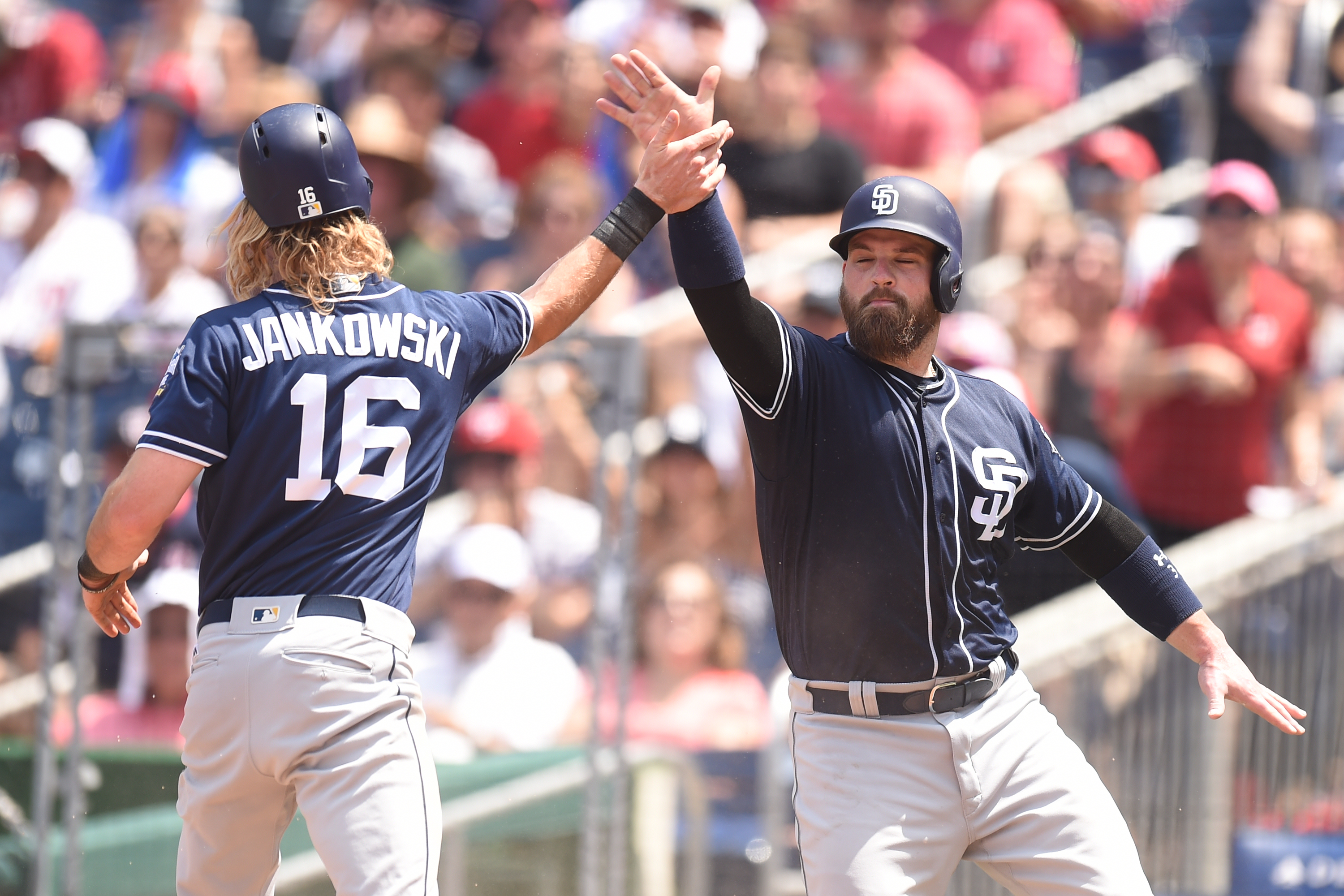 "Glover looks great, and we didn't want to send him down. Solis is back and we sorely missed Solis today because it would have been great to have a third lefty, especially with one of our lefties down. So we just have to revamp our roster."

Turner told reporters he was ready to play center field if it was necessary. Baker was asked if he was considering it?

"I've got to get him going, because he's a big part of our offense and certainly if I get Zim back in the lineup then that means Murphy is at second base, so..."