ESPN.com's Buster Olney wrote this afternoon that the Washington Nationals might be the best fit for a deal for New York Yankees' closer Andrew Miller if the Yankees do indeed decide to trade Miller after they dealt Aroldis Chapman to the Chicago Cubs.

With Aroldis Chapman once again dealt, to the Chicago Cubs this time, the chatter now turns to what the New York Yankees will do with their new closer, Andrew Miller?

In the immediate aftermath of the deal, Yankees' skipper Joe Girardi talked to reporters about moving Miller "back to the ninth" where he'll close games out for the Yanks.

New York Post reporter Joel Sherman wrote on Twitter this afternoon, that at the moment, it appears the Yankees will hold on to Miller, 31, who is under contract through 2018 at $9M per, making him a controllable target for any teams that lost out on Chapman.

#Yankees sense right now Miller is NOT traded. But have many talks ongoing about buying/selling next few days will provide further direction

Multiple reports say the price for Miller will be steep for anyone who wants to acquire the left-hander, if the Yankees do in fact make the decision to deal the reliever before the August 1st Non-Waiver Trade Deadline.

#Nationals were indeed very interested in Chapman, but #Yankees felt never offered as good a quality as Torres.

If the Nationals felt they needed a bullpen upgrade and made a pitch for Chapman, which multiple reports said they did, will they go after Miller now?

ESPN.com's Buster Olney wrote on Twitter this afternoon that they might be a good fit if the Yankees are willing:

The Washington Nationals were deep in the conversations for Aroldis Chapman, and may turn out to be the best fit for Andrew Miller.

In an article on what it make take to convince the Yankees to deal Miller as well, Olney wrote this afternoon that New York will be "looking for even more in return" than the Cubs offered to get Chapman.

"It could be that the Cubs have been willing to pay steeply for Chapman because the price for Miller -- Kyle Schwarber and more, perhaps -- was simply unthinkable. If a team wants to trade for Miller, it's going to really hurt."

"The Indians and Nationals might have the best match in possible prospect packages for Miller," Olney added.

Will the Nationals make a play for the left-hander?

Washington Post writer Barry Svrluga, among others, reported recently that the Nats are not willing to include their top prospects (Lucas Giolito, Trea Turner, Victor Robles, or Reynaldo Lopez) in any deadline deals, so could they put together a package to get Miller without including any of those prospects?

Svrluga's colleague at the Washington Post, Chelsea Janes, wrote today that the "Nationals already found the asking price [for Miller] to be extremely high."

ESPN.com's Keith Law wrote on Twitter that he'd been told the package the Nationals were offering for Chapman included Erick Fedde, Koda Glover + a prospect. 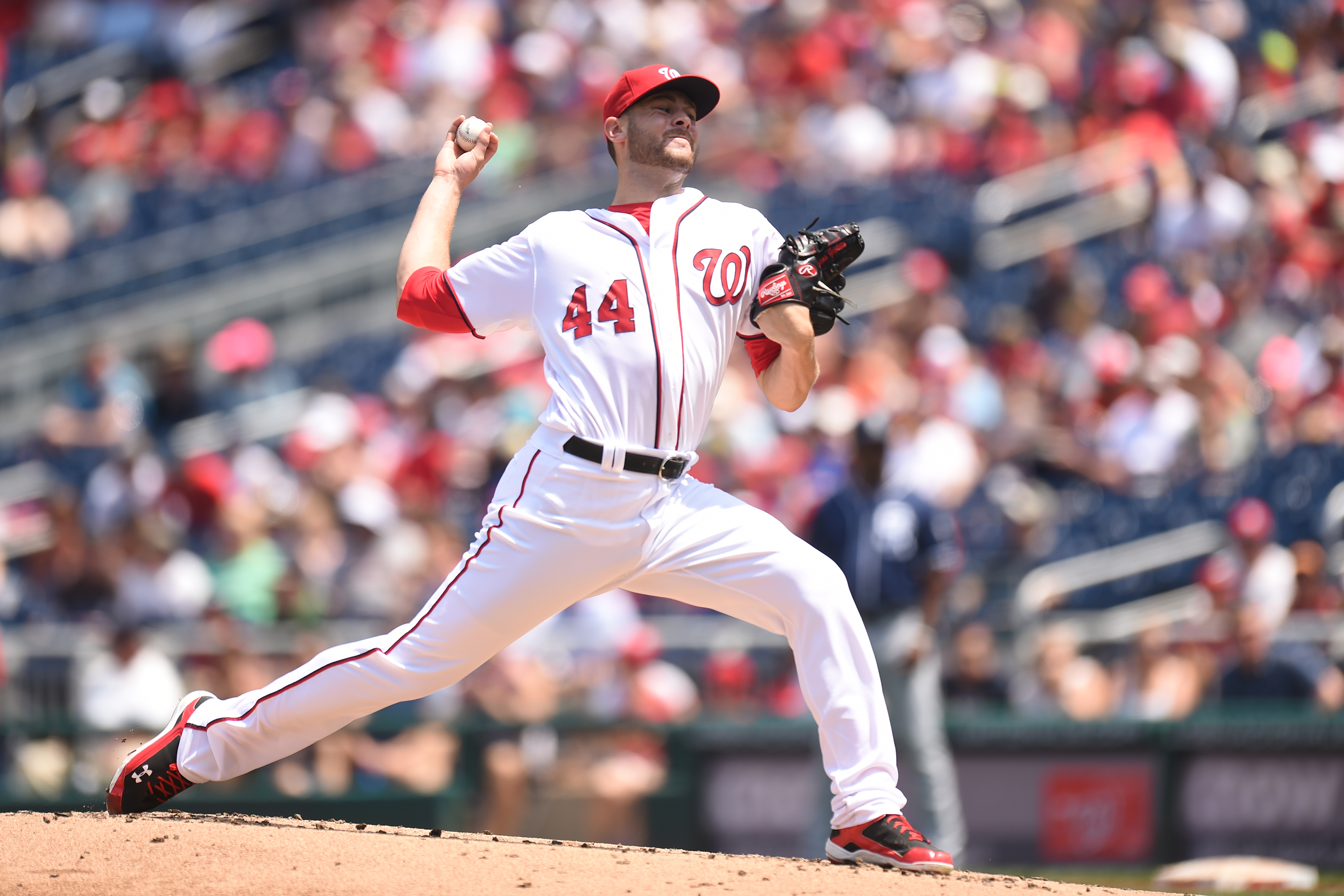 Wade Davis, of the Kansas City Royals, has been mentioned as a potential target as well, but as FanRag writer Jon Heyman wrote recently the asking price for teams that checked in was reportedly higher than what the Yankees were seeking for Chapman.

If the Nationals are going to upgrade their bullpen this summer, is it time to start scouring the rosters for the under-the-radar young, controllable pitchers Rizzo has preferred in the past, before he made the somewhat surprising trade to get Jonathan Papelbon from the Philadelphia Phillies last July?