Washington Nationals' manager Dusty Baker talked last week about getting outfielder Ben Revere on track, Revere not getting on base, his unique swing mechanics and more...

In two of the 14 games he's started, Dusty Baker tried putting the center fielder/leadoff man in the two-hole, with rookie infielder Trea Turner leading off. Baker talked this past weekend about switching things up at the top of the order in an attempt to get Revere some pitches to hit when he was asked if Revere's skill set works in other spots.

"I don't know if you noticed or not, he batted second one day behind -- well not one day, a couple days behind Trea," Baker explained, "but there were a couple days where Trea wasn't getting on either. And I was hoping that with Trea getting on, they'd have to throw Ben primarily fastballs for fear that Trea might steal. That's in theory of course."

"I haven't met anybody that has the mechanics that he has. The guys that come to mind that have as many moveable parts are [Ryan Zimmerman], Matt Williams and Ben." -Dusty Baker on Ben Revere's swing mechanics

With the way he's struggled at the plate this season, since returning from a month-long DL stint for a strained oblique suffered on Opening Day, and failed to come anywhere close to his career averages, a reporter wondered if there was any concern that Revere was injured?

"I think he's healthy," Baker said. "I questioned that myself, but like I told you when we started the season, when you start the season hurt, you're playing catch-up the whole time, and we would have hoped that he would have caught up by now, but for guys that I've seen that start the season like -- heck I've only had one other guy get hurt in his first at bat and that was -- in Cincinnati ... he got hurt the very, very first at bat and it makes for a long year and like I said you're playing catch-up and I'm hoping because we need Ben, we need him badly.

"He's our igniter. Not only do we need him, but the guys that are following him in the order need him hopefully to put the pitcher in the stretch and have to worry about a guy with speed."

Baker was asked how the 28-year-old outfielder is handling his struggles at the plate?

"Probably not too well lately," he said, "because we see the season [winding] down and you're still in the low .200s and you're not used to that. He'll tell you, 'I'm a .300 hitter,' but you've got to believe and seriously, seriously deep down inside believe that. And it might be too late to hit .300, but you don't know.

"You can get hot and you hope you get hot as this weather gets hot. One thing is for sure, he doesn't help down in the order unless you're playing an American League team cause he batted ninth over there for a while and then he went back to leadoff and certainly doesn't help you off the bench as much."

What's even trickier for Revere, his manager explained, are the unique mechanics he has at the plate.

"It's hard," Baker said. "I haven't met anybody that has the mechanics that he has. The guys that come to mind that have as many moveable parts are [Ryan Zimmerman], Matt Williams and Ben.

"And we haven't seen him good enough to try to make suggestions. I see him tilt his head, I see him move his head. His feet. 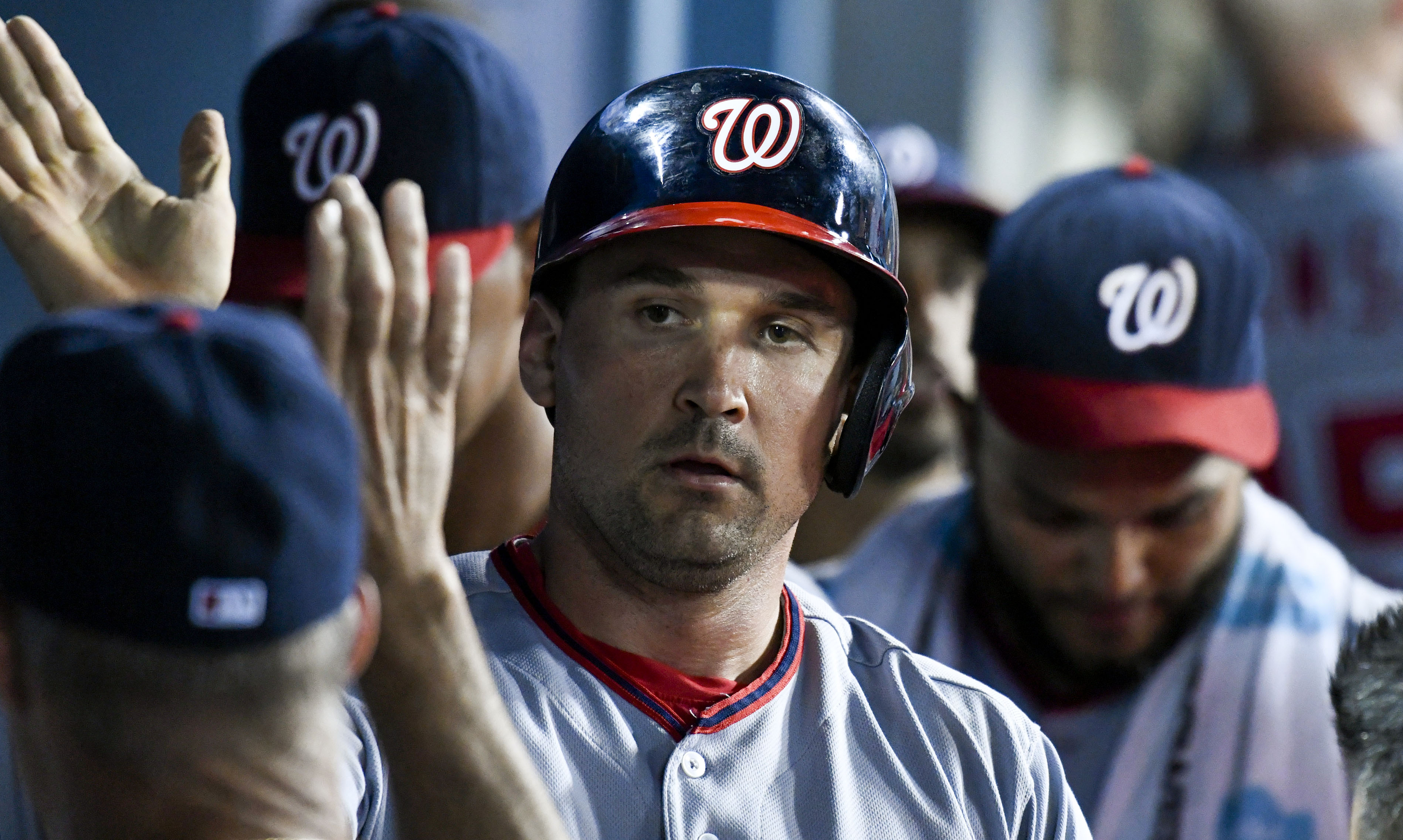 "He's never anchored his back leg, because you want that back leg to be anchored in order to turn against it, and so it's frustrating to him. I talked to his dad and grandfather after the game and we all know that he's up in the air too much cause that's where they want you just like with Trea Turner.

"They want you up in the air or they want you striking out and not on base and Ben has worn out that slot to second base."

So what did Revere's father and grandfather say about his struggles when Baker talked to them?

"I can't tell you that," Baker said. They weren't exactly happy."