Washington Nationals' infielder Stephen Drew was placed on the 15-Day DL (retroactive to July 24th) with vertigo-like symptoms and the Nats recalled infielder Wilmer Difo from Double-A Harrisburg to take his place on the roster.

After Stephen Drew came through with a walk-off triple in his first at bat in over a week this past weekend, the veteran bench bat talked to reporters about the flu-like symptoms he'd been dealing with, which had him feeling completely wiped out.

Drew said that teammate Jonathan Papelbon was doing his best to boost his spirits and motivate him to recover as quickly as possible.

"Pap kept joking, he said, 'Only the strong survive, the weak fall by the wayside,'" Drew told reporters as he spoke in the Nationals' clubhouse on Saturday.

"He just kept joking around. But I feel better, I do, it's been a rough go."

"It's been crazy," he said of the illness. "I don't want to say on TV, but it's been ugly. Anywhere from high fever to everything else, you name it."

"We don't know if it was a cold or not," Dusty Baker explained when he too was asked about Drew's illness.

"All we know is that he was super-sick and he took another IV today, took one yesterday and one the day before and took all he had to hit that [triple] and then run to [third]."

Indians walk off on Nationals on Lindor single 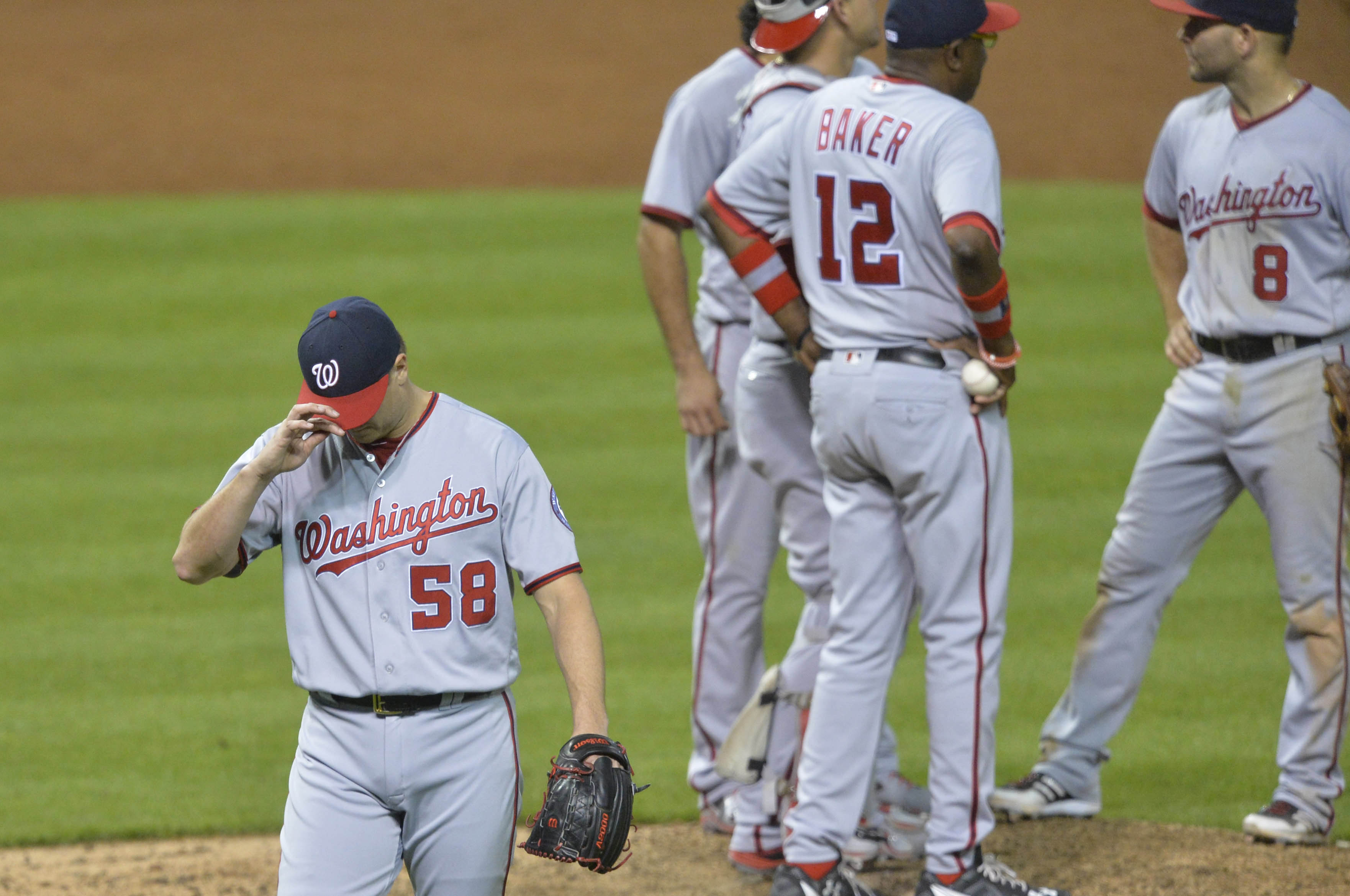 Apparently it didn't completely clear up for Drew because he was placed on the 15-Day DL this afternoon (retroactive to July 24th) with what the Nationals are describing as "vertigo-like" symptoms.

Taking Drew's place on the roster is 24-year-old infielder Wilmer Difo, who returns to the majors for the first time this season after debuting in the majors last summer.

Dusty said Drew was still experiencing dizziness, even after the other flu symptoms were gone. Going back to D.C. to be looked at.

Dusty said Stephen Drew will fly back to DC to be evaluated. His body was healing, but his head was not improving.