Here are the latest rumblings about the Washington Nationals’ rumored search for help in the back end of their bullpen. Will they find an arm that bumps Jonathan Papelbon from the closer’s role?

In his latest collection of the rumors going around as the non-waiver trade deadline approaches, FanRag's Jon Heyman wrote this afternoon about the Washington Nationals' pursuit of Aroldis Chapman, who ended up getting traded to the Chicago Cubs.

The Nats, Heyman wrote, "declined to give up Lucas Giolito for Chapman, then they declined to give up Joe Ross," and also failed to come to an agreement on what the writer reports was a "four-player package centered around young pitching."

Both Nationals’ skipper Dusty Baker and GM Mike Rizzo expressed disappointment after missing out on Chapman, though Rizzo told 106.7 the FAN in D.C.’s The Sports Junkies on Wednesday that he was, "... disappointed till I saw what the deal was," and realized, "there was no way we were going to come close to matching that deal for a two-month rental."

With multiple reports suggesting that the Nationals have stepped up their search for a back-end reliever after missing out on Chapman, a number of names have been mentioned as potential targets, including the Yankees’ Andrew Miller, the Kansas City Royals’ Wade Davis and the Chicago White Sox’ David Robertson.

Heyman also mentions Milwaukee Brewers’ relievers Jeremy Jeffress and Will Smith as relievers who interest the Nationals and writes that St. Louis Cardinals’ right-hander Trevor Rosenthal "had been on their list before he went on the D.L."

"In any case," he concluded, "Jonathan Papelbon’s time needs to be up as closer."

New York Post writer Joel Sherman (joining Washington Post writer Adam Kilgore’s call) suggested that now is the time for the Nationals to go all in, writing in an article this afternoon that while they can likely get through the regular season with Shawn Kelley and Papelbon handling the eighth and ninth, respectively, that might not be enough for the postseason.

"Nationals officials have real doubt about that," Sherman writes.

But when it came to the talks for Chapman, "... the Nationals took their four most precious prospect items off the table — starters Lucas Giolito and Reynaldo Lopez, shortstop Trea Turner and outfielder Victor Robles."

While they may consider including some of the above in a deal for Miller or Davis, Sherman writes, "rival executives describe Nationals GM Mike Rizzo as hesitant even for these closers." 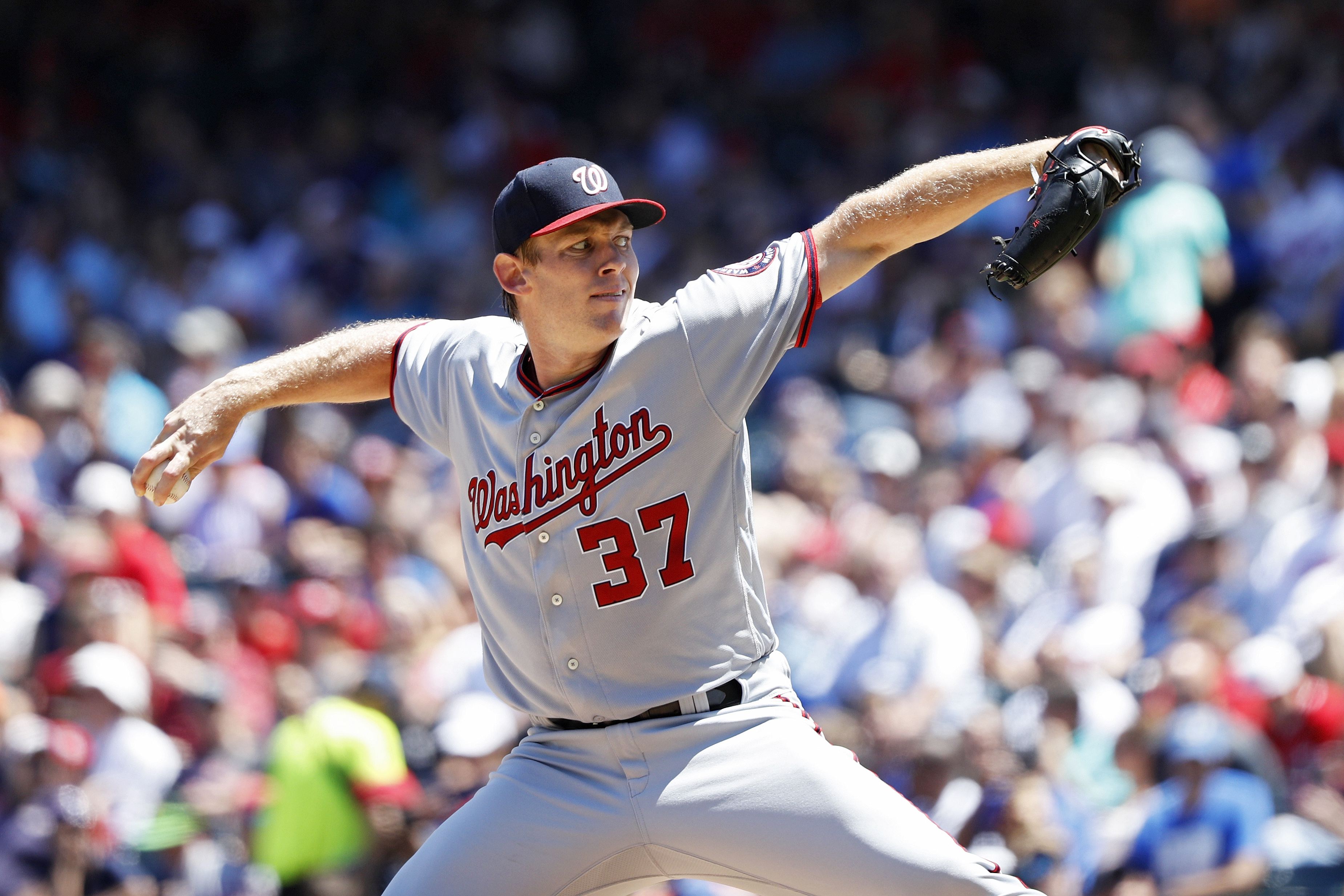 An AL executive he spoke to suggested they might pursue Robinson and attempt to "upgrade their lefty side with someone like White Sox’ Zach Duke or [the] Rockies’ Boone Logan."

He also notes that he’s heard the Nationals have "discussed the possibility — whether they solve this externally or not — of seeing if [Reynaldo] Lopez... and/or Koda Glover... can help on the back end."

There are internal and external options to help out in the back end of the bullpen. Will Rizzo and Co. in the Nationals’ front office bring in help, promote from within, or less likely, stick with what they have?

They have until Monday to work out something before the non-waiver trade deadline.