Nationals’ closer Jonathan Papelbon pulled from win over Giants... what's next for Nats?

Dusty Baker had a quick hook last night when Washington Nationals' closer Jonathan Papelbon struggled once again. In the last week and again last night, the Nationals have talked about their ninth-inning issues. What do they do next time they have a lead?

Share All sharing options for: Nationals’ closer Jonathan Papelbon pulled from win over Giants... what's next for Nats?

Jonathan Papelbon gave up six hits and seven runs, six earned over ⅔ of an inning of work in back-to-back losses in his last two outings before Thursday night’s appearance in the series opener in San Francisco.

Papelbon’s rough outings snapped a streak of seven scoreless innings on the mound after he returned from a DL stint for a right intercostal strain.

That was the first trip to the Disabled List in the 35-year-old, 12-year veteran’s career, but he came back looking better than he had before the injury.

"Pap hasn't performed like he has, like his track record dictates. He has an 86% save completion in his career..." -Mike Rizzo on Jonathan Papelbon on 106.7 the FAN

After he struggled in the loss to the San Diego Padres and had the blown save against the Cleveland Indians, Nats’ GM Mike Rizzo discussed the reliever's struggles in an appearance on 106.7 the FAN in D.C.’s The Sports Junkies.

"Our save percentage is still in the top of the league," Rizzo said.

"Our bullpen is still in the top three in all of baseball. We've had a couple of stumbles, Pap hasn't performed like he has, like his track record dictates. He has an 86% save completion in his career and he hasn't located enough and performed enough the last two games, but there were a lot of other factors involved too with last night.

"Sure he didn't perform in the ninth. You can't walk the leadoff man, one, but you've got to make the plays behind him.

"There was some bad luck, pop up bunts that fall in the perfect spot, and you go back to the half-inning before that where we have a chance to tack on a bunch of runs and we don't tack them on, so all those things come into play in these close games and we've got to perform better, we've got to execute better and if we do that I think we'll continue to win. We have, I think, the third-best record in the league and we've got a four-game lead."

"We're a pretty darn good baseball team and one loss isn't going to deter us how we feel about ourselves."

Will a third straight outing in which he struggled change the Nationals’ thinking on Papelbon?

With Mike Rizzo and Co. in the Nats’ front office pursuing relievers on the trade market as the non-waiver deadline approaches, Papelbon took the mound with a 4-1 lead over the Giants in AT&T Park on Thursday night.

Papelbon recorded one out, but after a single to left by Brandon Belt and a walk to Mac Williamson brought the tying run to the plate, Nationals’ manager Dusty Baker pulled his closer from the mound.

Oliver Perez walked pinch hitter Trevor Brown before a run scored on an error on a grounder to third, 4-2, then Perez struck Denard Span out before Shawn Kelley came on and closed out the win.

"I don't know, you're asking me some questions and the game just ended. I don't know at this point." -Dusty Baker on what to do with the Nationals' relievers

"Man, we didn't have to make it that close, cause we were one hit away from tying or even losing it, but we didn't," Baker said.

"We've got to close those games out and also at the same time, we left thirteen men on base and we had opportunity again to kind of pad the lead and blow them out."

Baker wasn’t taking any chances when Papelbon struggled again, with his velocity down a tick from where it’s been this season.

"You get worried when they start walking people," Baker said. "That was a very untimely walk and then we had another untimely walk by Perez prior to the strikeout, so, we've certainly got to figure something out here."

Asked what he thought the Nationals would do next, Baker didn’t have any immediate answers.

"Man, I don't know," he told reporters, "you're asking me some questions and the game just ended. I don't know at this point." 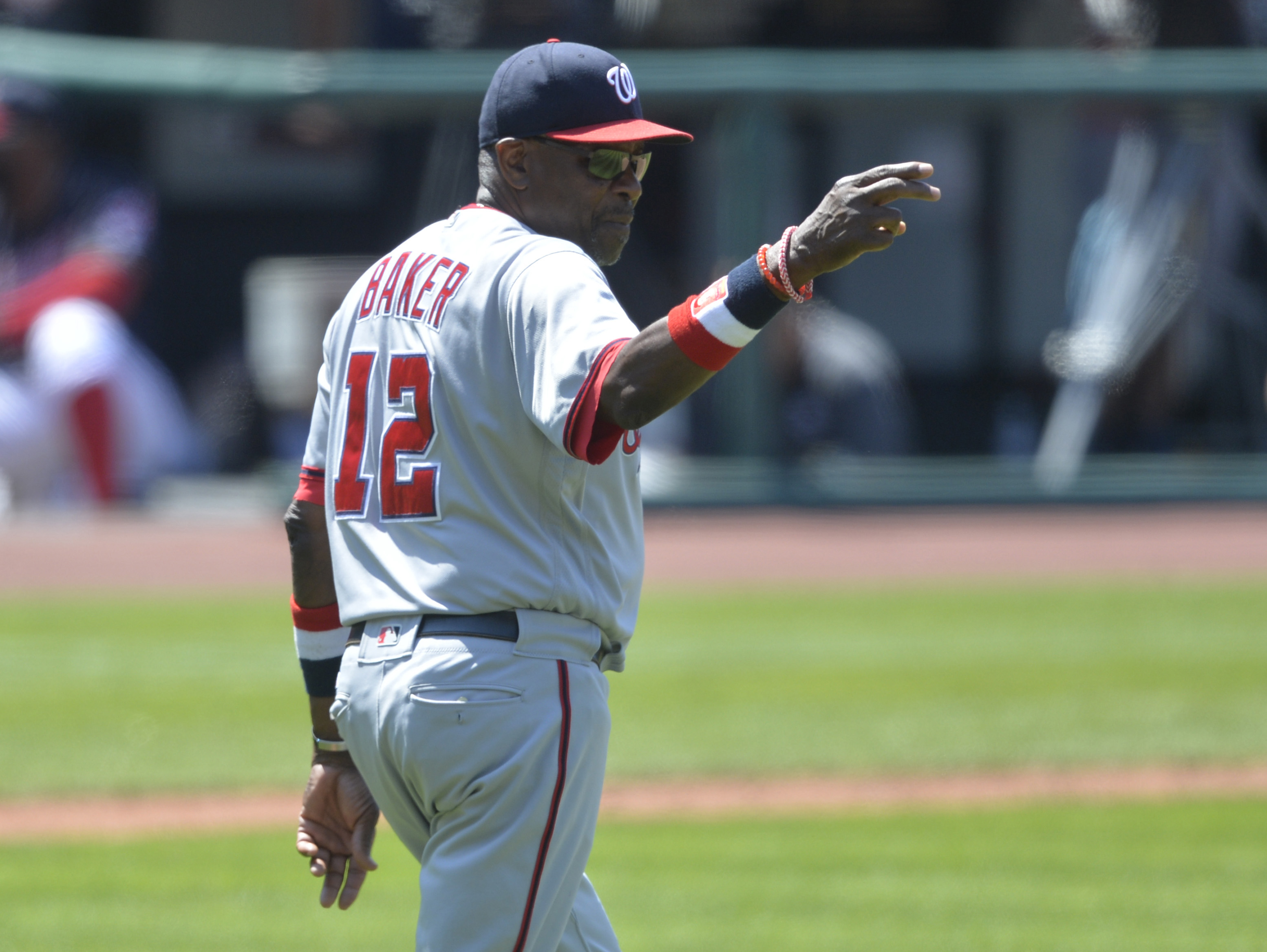 The decision to pull Papelbon, however, didn’t appear to be a difficult one for Baker, who was concerned only with getting the win.

"[Conor] Gillaspie had hit the ball hard a couple times, who was the batter, and then they went to a pinch hitter.

"We had to do what we had to do to win the ballgame. I'm sure Pap didn't like it, but I'm sure that he understands."

So, barring a trade in the next few days, who gets the ball the next time the Nationals have a lead in the ninth?