Dusty Baker on Nationals' shortstop Danny Espinosa vs the Reds: "That was a series of a lifetime right there."

Washington Nationals' shortstop Danny Espinosa homered four times, with two grand slams, and drove in fifteen runs in the Nats' four-game set with the Cincinnati Reds this weekend in the nation's capital. "That was a series of a lifetime right there," Dusty Baker said.

Share All sharing options for: Dusty Baker on Nationals' shortstop Danny Espinosa vs the Reds: "That was a series of a lifetime right there."

Even with an 0 for 5, three strikeout night in the second game of four with Cincinnati this weekend in the nation's capital, Washington Nationals' shortstop Danny Espinosa finished the series 7 for 18 (.389 AVG) with five home runs and 15 runs batted in, one less than the Reds scored in dropping three in the four-game set.

"He's cut his swing down some. He's not fouling off as many pitches, not striking out as much..." -Dusty Baker on Danny Espinosa's improvements

He hit home runs from each side of the plate in the series opener in Nationals Park, a grand slam off Reds' left-hander Brandon Finnegan from the right side in the third and three-run blast off right-handed reliever Josh Smith in the fourth, driving seven runs in in what ended up a 13-4 win.

Friday night, Espinosa was hitless, striking out in 3 of 5 at bats, but he scored the winning run in the fourteenth on Ben Revere's walk-off double after he reached base on a hit-by-pitch.

On Saturday, a two-run home run off Reds' right-hander Dan Straily got the Nationals within one run, down 4-3 before they tied it up but eventually lost 9-4 in extra innings when Cincinnati rallied for five in the top of the tenth.

In Sunday's finale, Espinosa hit a grand slam in the fourth, the third of his career and the second of the series after he'd hit the only other one in his first at bat in the majors with the bases loaded back in 2010.

"Danny has come a long ways," Dusty Baker told reporters after the Nationals' 12-1 win when Espinosa's 15 RBIs in the series came up.

"He works hard. He's one of the first guys here. I have to urge him to get some rest sometimes and stay home.

"He works hard. He's one of the first guys here. I have to urge him to get some rest sometimes and stay home." -Dusty Baker on Danny Espinosa's work habits

"Boy, that was a series of a lifetime right there. When you think about a guy drove in 15 runs, boy, that's a good month.

"He's amongst our leaders in home runs and RBIs and out of the eighth spot. I know a lot of people say, 'Should you move him up?' But he's so valuable in that spot and there aren't many bottoms of the lineup that have the guys that we have that rolls it around and we still have a couple guys that haven't really caught their stride yet. That's why I've said all along that we still can get better."

Baker has talked often recently about what's changed for Espinosa, who struggled for the first two months this season.

"He's cut his swing down some. He's not fouling off as many pitches, not striking out as much," Baker told reporters on Sunday, "and once you work on something -- I've got to give a lot credit to Danny, a lot of credit to [Hitting Coach] Rick Schu and [Assistant Hitting Coach] Jacque Jones, that constantly remind him to kind of stay within himself. 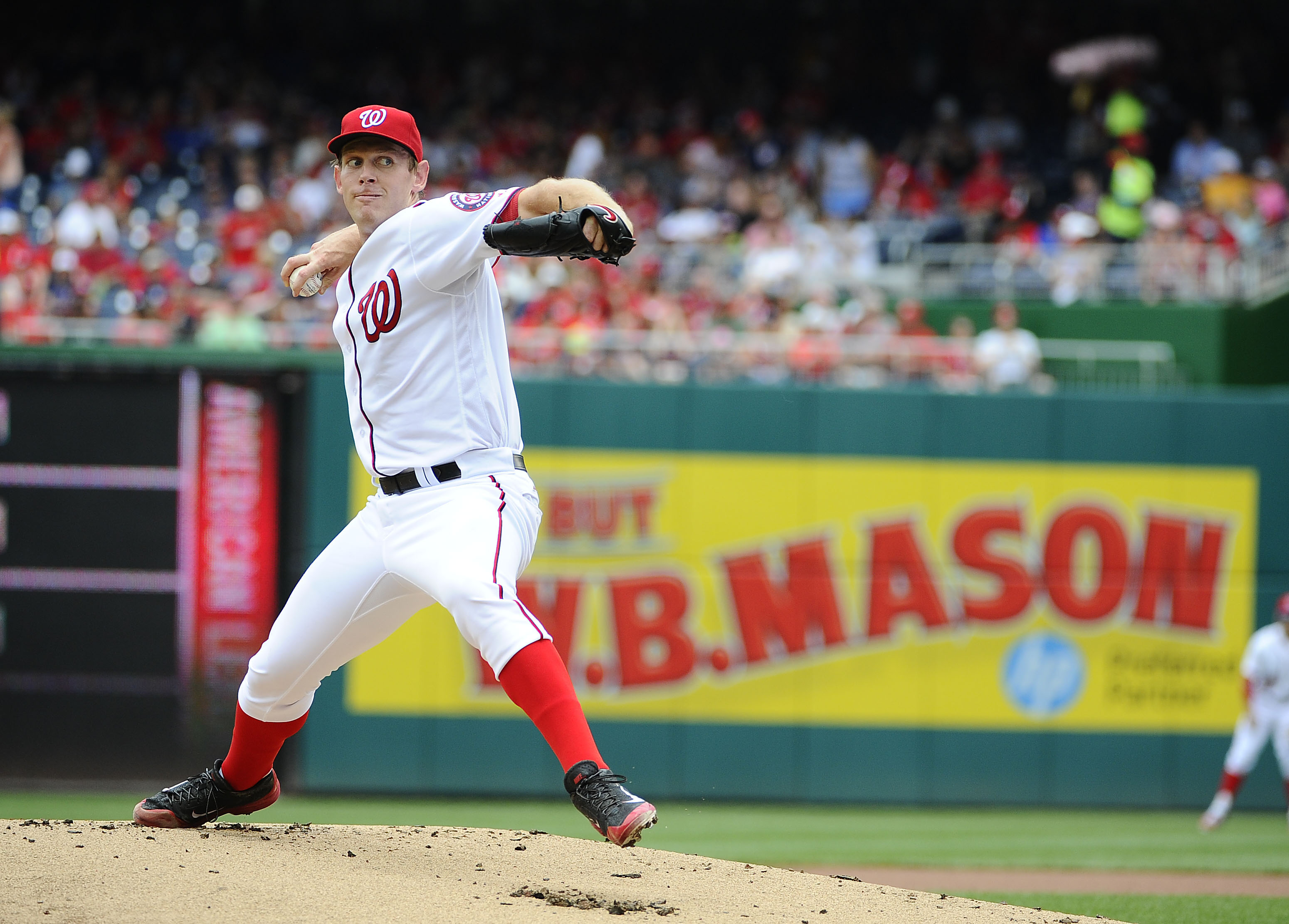 "Once you start seeing some success with some things that you're trying that are new, it makes it easier to stay on that path."

"It's been a lot of fun," Espinosa said when he spoke to MASN's Dan Kolko about the recent run he's been on.

"We played some good ball and won the games that we needed to and we know we're back on track to win and win this division."

Asked where the recent run ranked for him in his time in the majors, Espinosa was clear it's been the best stretch of his career.

• We talked about Danny Espinosa's run, Stephen Strasburg's return and more on the latest edition of Nats Nightly: