Nationals' skipper Dusty Baker on Stephen Strasburg finishing strong vs the Mets: "That what aces do."

Washington Nationals' right-hander Stephen Strasburg became the first National League pitcher since 1913 to start a season 12-0 last night with his 12th win in 16 starts this season. Dusty Baker talked about Strasburg's maturity after the win.

Share All sharing options for: Nationals' skipper Dusty Baker on Stephen Strasburg finishing strong vs the Mets: "That what aces do."

Some historical perspective: Stephen Strasburg is now the first National League pitcher since 1913 to start a season 12-0.

That streak is tied for the second-longest in D.C.-baseball history with Washington Senators' starter General Crowder, who won 15-straight between August 1932 and April 1933.

"He's really matured. He's unemotional basically, on the mound and off the mound, but you know that he has that burning desire to succeed in his heart..." -Dusty Baker on Stephen Strasburg's maturity

Strasburg, 27, now trails only Senators' righty Firpo Marberry for the longest winning streak by a starting pitcher in D.C.-baseball history. Marberry, then 30-going-on-31, won 17-straight starts between June 1930 and July 1931.

A reporter noted, after Strasburg improved to (12-0) in 16 starts in the Nationals' 3-1 win over the Mets, that he is also the first pitcher since Baltimore Orioles' starter Dave McNally in 1969 to head into the All-Star Break undefeated with at least 10 wins.

"I faced Dave McNally when we used to barnstorm with him on the Braves, when they had four 20-game winners.

"Dave McNally, boy, him and Mike Cuellar and [Jim] Palmer and shoot, who was the other one, Pat Dobson, my teammate on the Braves."

Dobson didn't join the Baltimore Orioles' staff Baker was describing until 1971, two years after McNally's 13-0 start before the All-Star Break, actually, but all four of the pitchers mentioned won twenty games that season, with Dobson getting twenty-one.

It is good company Strasburg finds himself in.

In two starts since he's returned from a DL stint for an upper back strain, the Nationals' starter has allowed just two hits and one run in 12 ⅔ innings pitched.

He's walked seven batters in those starts, one less than he walked in his previous five starts, but Baker said his ability to work past the free passes and distractions is one of the things that has allowed Strasburg to take things to another level early this season.

"The thing that I noticed is that walks and plays and stuff behind him don't bother him," Baker told reporters.

"Cause before I had heard that a walk in the wrong situation or a play or whatever it is might bother a younger pitcher, but like I said, he's really matured. He's unemotional basically, on the mound and off the mound, but you know that he has that burning desire to succeed in his heart, you can tell by the way he goes about his business."

"That's what aces do. They finish. He's matured, big time. Aces don't depend on the bullpen or somebody else to do their job..." -Dusty Baker on Stephen Strasburg finish strong vs Mets

Strasburg didn't let home plate umpire Toby Basner's floating strike zone, especially late, when he gave up a two-out walk to Brandon Nimmo in his next to last at bat, or the Mets' hitters fouling off pitches get to him either.

"He was kind of unaffected by that," Baker said.

"And then they fouled off some tough pitches against him and that was big because he seemed unfazed, basically, by that close pitch, and he knew he had to go out and get the next guy because you can't worry about what just happened and what just transpired."

Mets' catcher Rene Rivera's inning-ending groundout in the seventh ended Strasburg's outing after seven innings, in which he struck out nine on 108 pitches.

"You could tell he was running on fumes there in the seventh," Baker said.

"Because he was taking a long time in-between pitches, and we were like, 'Come on, please.'

Strasburg came back from the walk and retired Rivera to keep it a 3-1 game after seven in Citi Field.

"That's what aces do," Baker said. "They finish. He's matured, big time. Aces don't depend on the bullpen or somebody else to do their job and he got his twelfth win because of it and we knew that this was his last start before the break and so we pushed him a little further than normal because we knew he was going to have many days off. He wanted it."

Strasburg said he was determined to "just keep battling."

"I'm just going to give it everything I have until they take the ball out of my hands," he told reporters.

He also talked about the fact that the DL stint didn't interrupt what's been an impressive start to the season.

"I think the DL stint, the good thing is that it wasn't something that was impacting my throwing arm, so it wasn't really like a big process to try and get back into things. I think my arm felt good when my trap and back subsided a little bit, so I was able to throw in-between and maintain what I've been working on."

He's also been able to carry over what he said he learned last year, when he returned from his second DL stint of the season and began the dominant run he's been on since the middle of the 2015 campaign.

Nationals 3-1 over Mets: Strasburg improves to 12-0 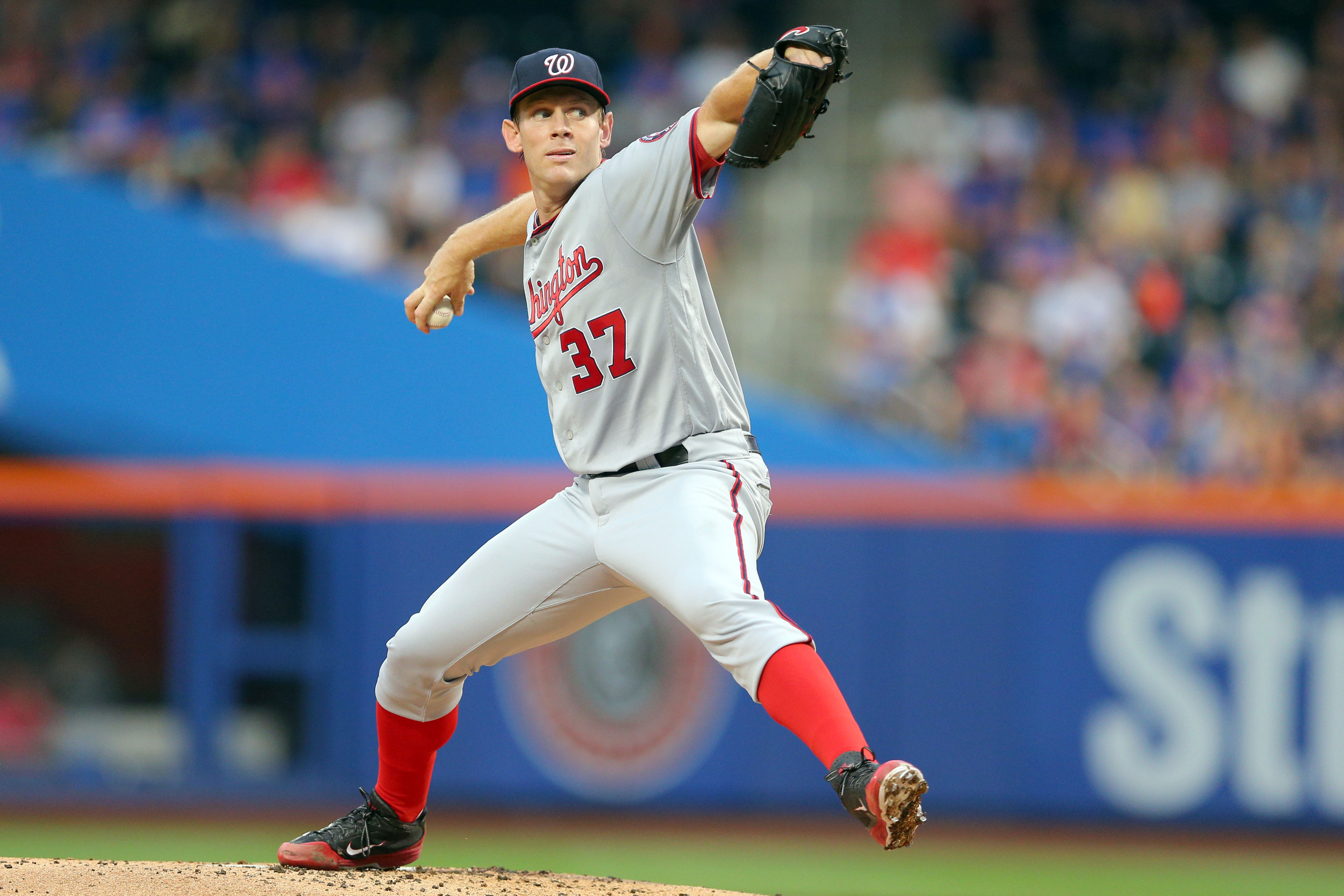 "I feel like just going off last year and stuff," Strasburg explained, "the biggest thing that I learned from that is just taking it one day at a time and once the starts over, get ready for the next one and just trying to stay in the moment."

He'll get another extended rest now though he'll fly to San Diego over the Break to represent the Nationals in the All-Star Game in Petco Park, though he won't pitch in the Midsummer Classic.

The decision was one he and the Nationals arrived at together.

"They came to me and they said that that was what they were thinking and in my head I'm like I want to make up for the two starts I missed, so hopefully be ready to start the first game back and get the second-half going right."