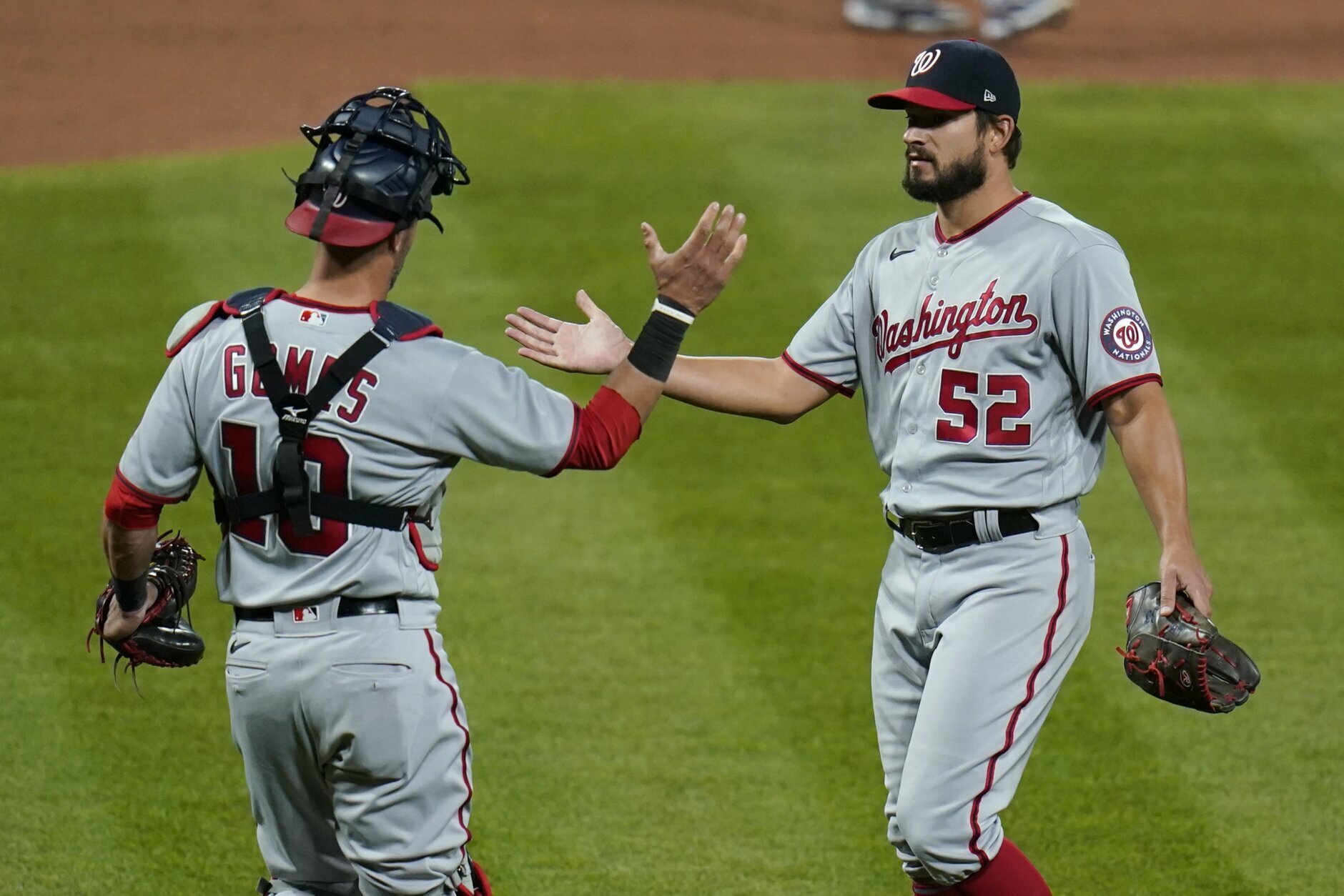 Game 1 of 3 @ CardinalsBox Score:Washington (2-5) 1 0 0 0 0 2 1 1 0 -- 5St. Louis (5-5) 0 0 1 0 0 1 0 0 0 -- 2The BadRunners Left On BaseNobody remembers the runners a team leaves on base if they win. However, it is still a cause for concern, particularly considering that this has been an issue for the Nationals since the beginning of the 2020 season. While they did manage to push 5 runs across the plate, they could have scored far more with 12 hits recorded. After plating their 5th run in the 8th inning, the Nats had a runner at every base with nobody out, and failed to score. They were also unable to capitalize with runners on first and second in the 9th inning. They came out with a win, so at the end of the day this was a harmless issue, but the continued tendency to leave runners on base is certainly a cause for concern.Trea TurnerSeeing 0-for-5 next to his name is rare, but it happened last night. One bad game is by no means a cause for concern for the star shortstop, particularly considering he was coming off of a 3-for-4 on Sunday in LA. Still, the lack of production from one of the team's most proficient hitters was shocking to say the least.Tanner RaineyRighty reliever Tanner Rainey has been regarded by many as the Nats' closer of the future. He recorded 9 holds in 20 appearances with a 2.66 ERA (2.74 FIP) in last year's COVID-shortened season. However, his performance this season has taken a sharp dip to the tune of 4 runs allowed on 2 home runs in 3 innings pitched. Last night's game was actually his first scoreless outing of the season, but he still allowed two hits. 3 appearances is a very small sample size, but thus far his stuff has looked extremely hittable.The GoodThe New Guys!The Nationals saw some much needed reinforcements to their lineup after activating first baseman Josh Bell, left fielder Kyle Schwarber, and second baseman Josh Harrison off of the COVID-19 list. All three impressed. Bell went 1-for-3 with two walks, Schwarber recorded a 2-for-5 performance that included an RBI double, and Harrison got a hit in four trips to the plate. The difference provided by these players was noticeable immediately, particularly considering the fact that the team was shut out in 3 of its previous 4 games. Bell blasted 37 homers in 2019 with a wOBA of .378 and wRC+ of 135--both well above average. Schwarber, meanwhile, notched 38 homers of his own that season, with .357 wOBA and 121 wRC+--also above average. If these two can put up similar numbers and Josh Harrison can keep getting on base, this lineup suddenly looks quite scary.Juan SotoPerhaps for the first time this season, Soto consistently saw hittable pitches in last night's game--another benefit of having a solid bat in Bell batting behind him. A star hitter needs protection, and Juan Soto has found his.Hudson and HandNationals fans know very well the horrors that have transpired in 8th and 9th innings over the years in the form of egregious bullpen meltdowns. That was not the case tonight. Righty Daniel Hudson recorded a spotless 8th inning before newly acquired lefty closer Brad Hand sealed the deal. Hand gave up a single and a walk, but each occurred after a blatantly missed strike three call by HP umpire Dan Bellino. As far as I'm concerned, Hand pitched a 1-2-3-4-5 inning. 5 up, 5 (should have been) down.The Question MarkErick FeddeAfter a start so horrendous it almost rivaled Jeremy Guthrie levels of ineptitude last Wednesday against the Braves, Fedde looked much better today. However, it would be a stretch to call it a good start. The Nats' 2014 first round pick pitched only 4.2 innings, allowing a run on 2 hits and 2 walks. He labored, requiring 77 pitches just to make it that far. There is no doubt that Fedde will lose his rotation spot upon the return of lefty Jon Lester, but what to do with him after that? The former top prospect is out of options--if they designate him for assignment, he can opt for free agency. The only plausible way for Fedde to stay around is as a reliever. And, to his credit, he has had a scattering of success when working from the bullpen. So we'll see what happens.Player of the Game: Kyle Schwarber. There were plenty of candidates for this honor (such as Juan Soto and Brad Hand), but Schwarber gave the Nats the lead for good with his 6th inning RBI double--not to mention it was his first game back.Other Thoughts. The losing start has been disappointing, but it is important to remember that the Nats' first three series have all been against very good teams, and they had to play the first two series with a makeshift lineup. If they can split the final two games in St. Louis and head home at 3-6, they might be in good shape, particularly with a stretch of easier games coming up. Would I be too greedy to hope for a sweep? If the team can go into the upcoming 4 game weekend home set with the Diamondbacks at 4-5, we can effectively forget about the many frustrating losses to the Braves and Dodgers.