I wanted to share some images from the Harrisburg Senators' home opener Tuesday night against the Richmond Flying Squirrels — then never got around to it.

I had never attended an Opening Day game as it usually conflicted with work deadlines. This year, the home opener fell a week after my work deadlines, so when I had to pick dates for my ticket package I went ahead and chose Opening Day as one of my options, especially since I'm working from home and can attend mid-week games easily.

One cool thing, not in the photos, is the film the Senators showed pre-game, which featured Washington Nationals players who came up through Harrisburg and were part of the 2019 World Series win, showing them both as Senators at Metro Bank Park/FNB Field and as Nationals at Nationals Park and Houston's stadium. (Is it still Minute Maid Park? I can't recall...) It was a nice way of linking Harrisburg to Washington. I liked it.

It's not been a good year for the Senators — they were no-hit just two nights ago — and they lost this night by a score of 5-3.

I would have stayed for the whole game, but I was cold. The temperature was right around sixty degrees, which is the point where it can either feel colder or warmer easily, and with a strong, cold wind blowing in off the Susquehanna this was one of those nights where it felt colder. I didn't realize I couldn't feel my hands until I ran hot water over them in the restroom.

I'm back on City Island tonight. Last night the Senators seemed to find their bats, so I'm curious if they'll carry momentum into tonight. 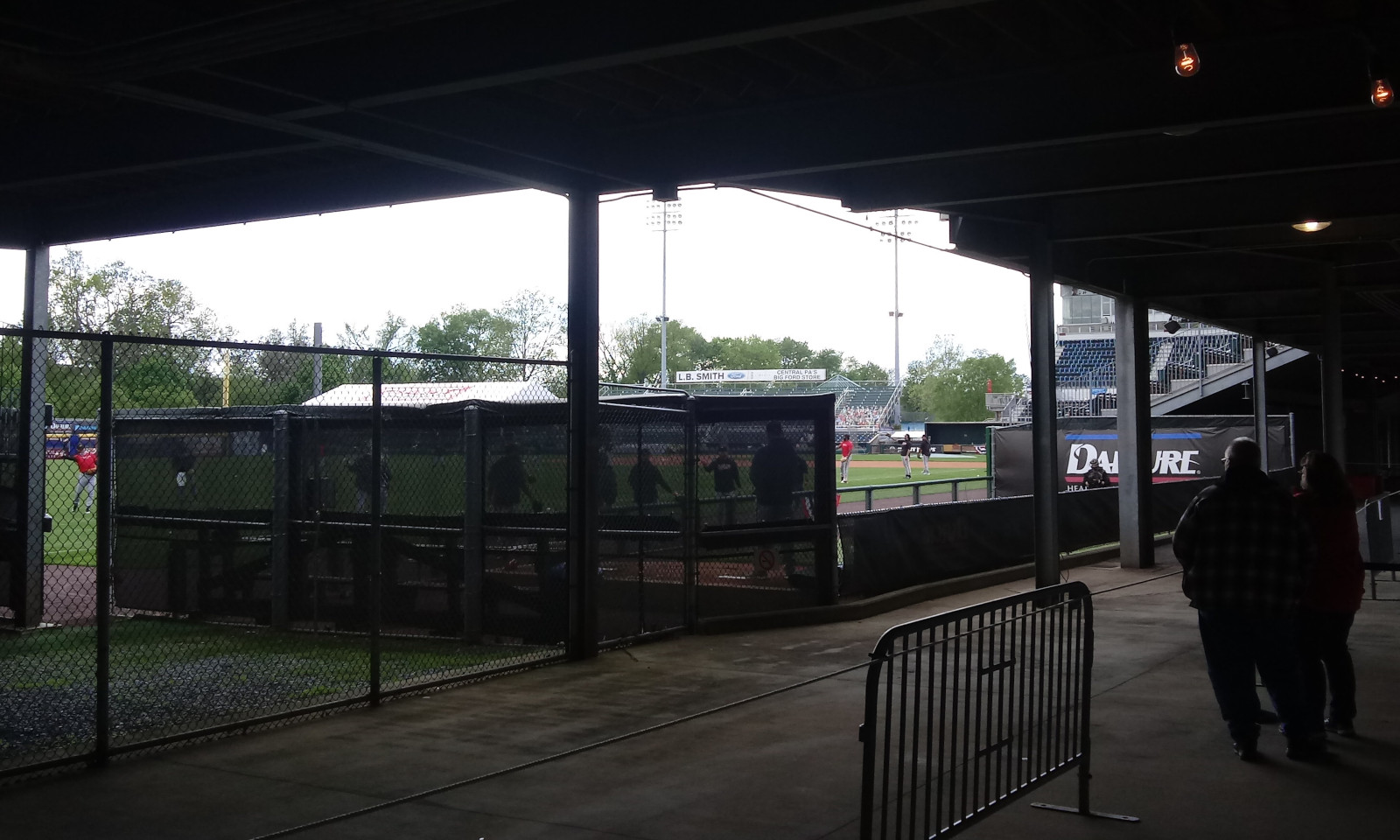 Underneath the boardwalk; the last time I stood here, a little girl talked to me about Grover 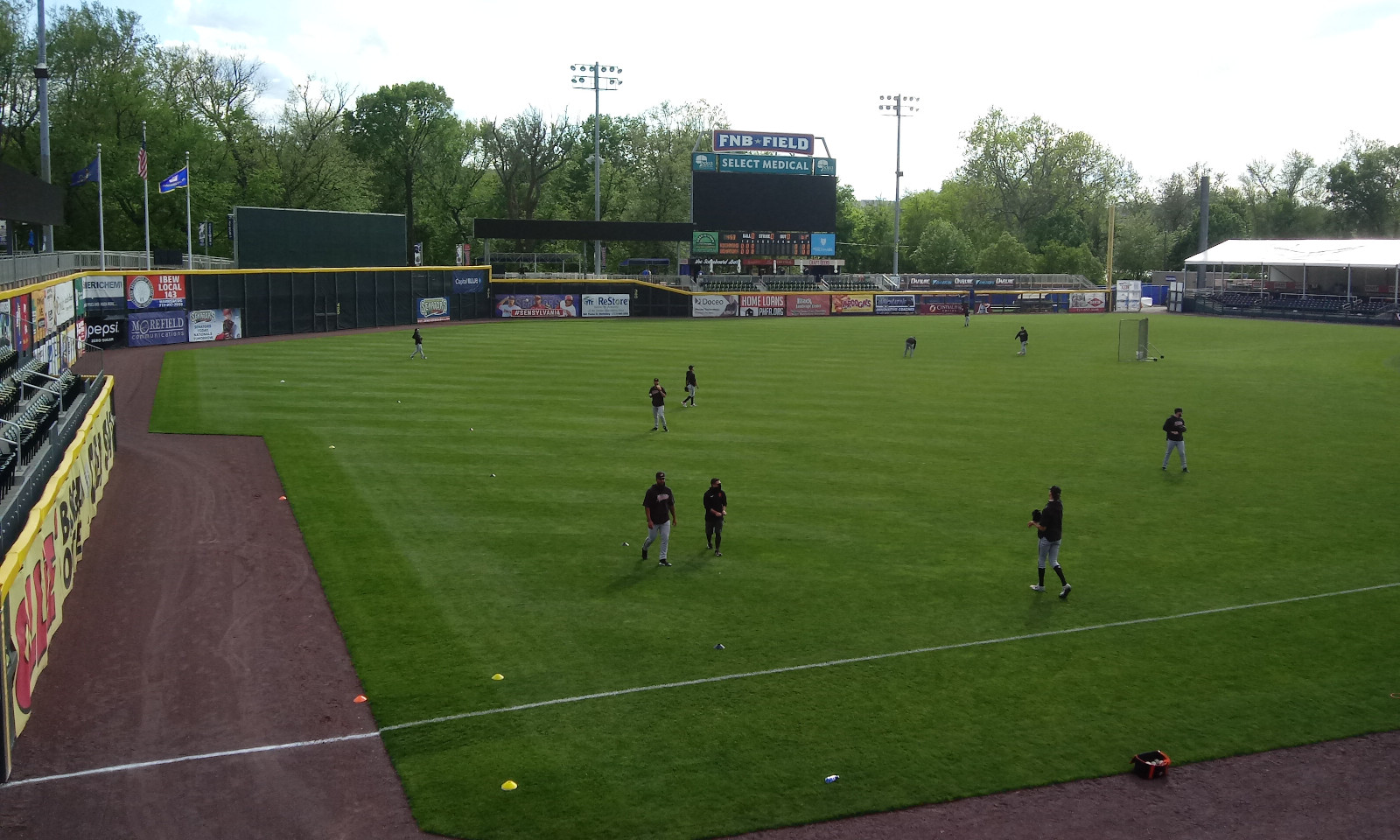 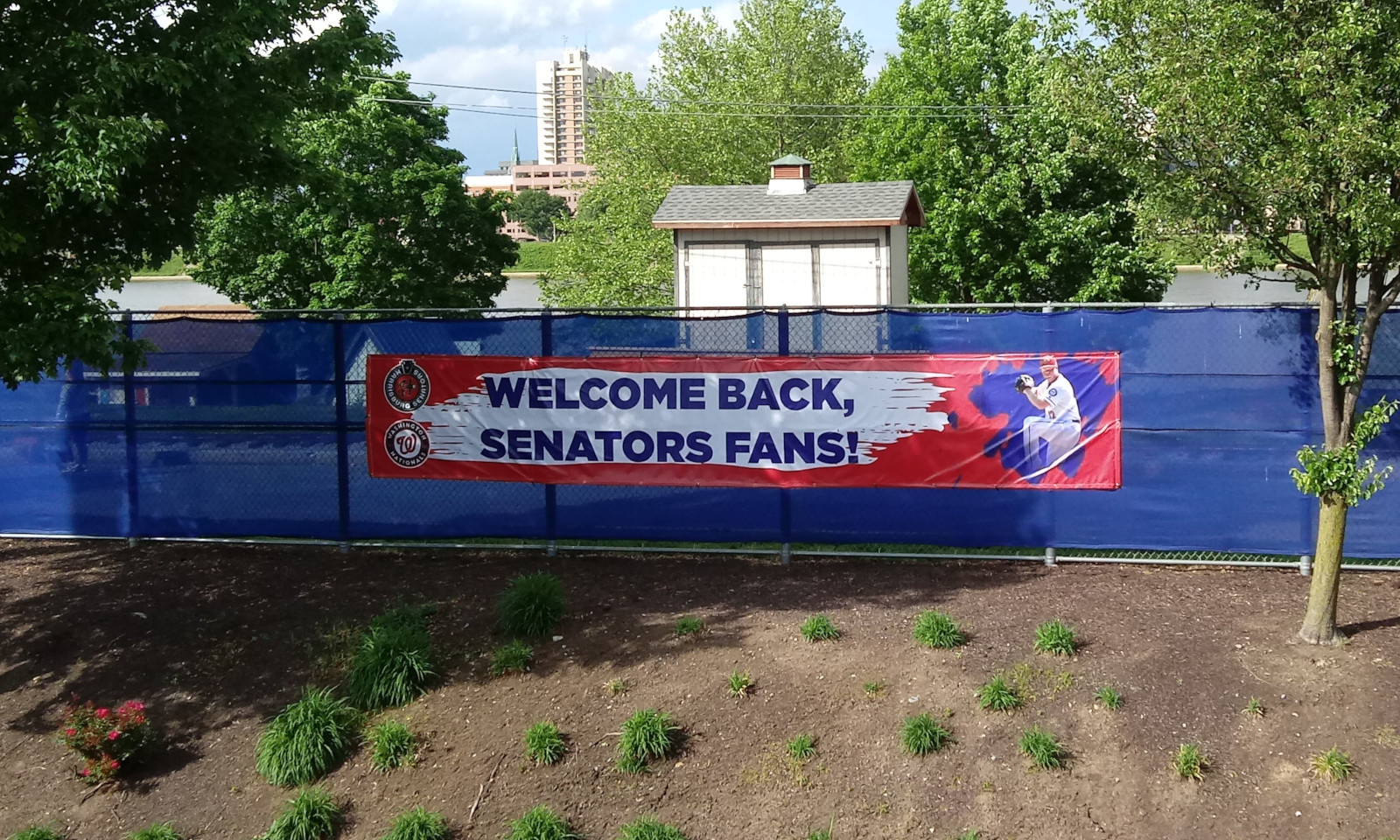 Aaron Barrett -- and the Senators -- welcome fans back to FNB Field 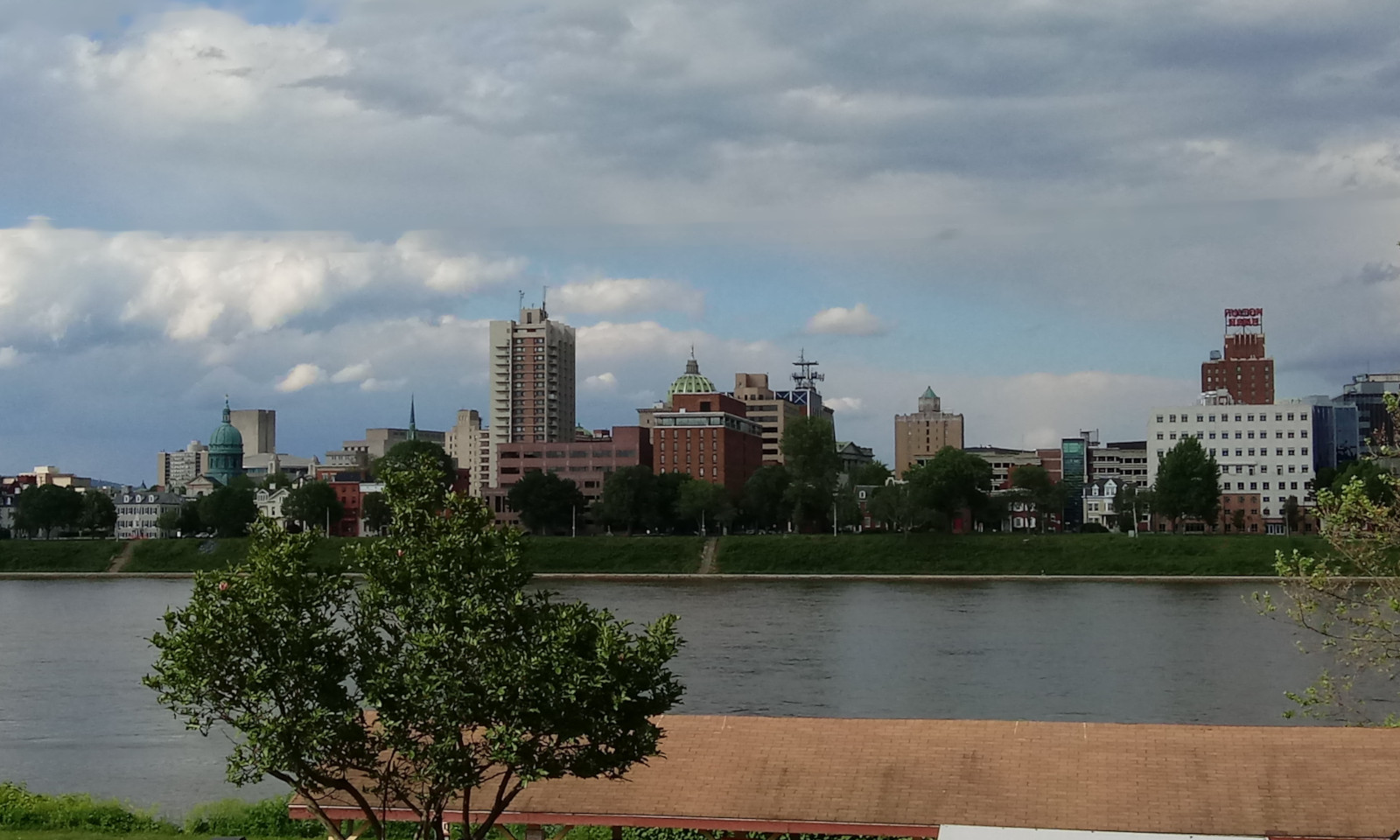 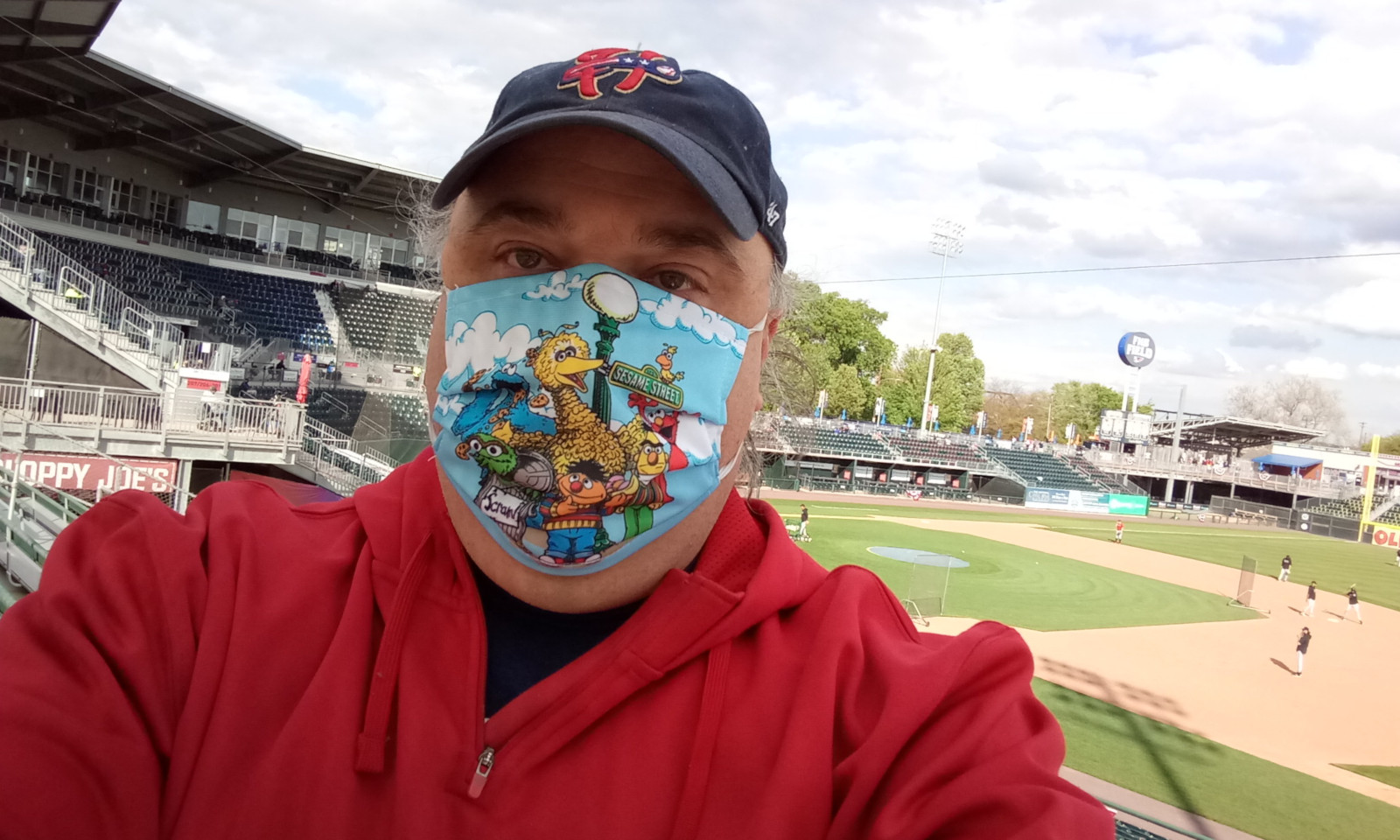 Back in the bleachers for the first time since the 2019 season, I badly need a haircut 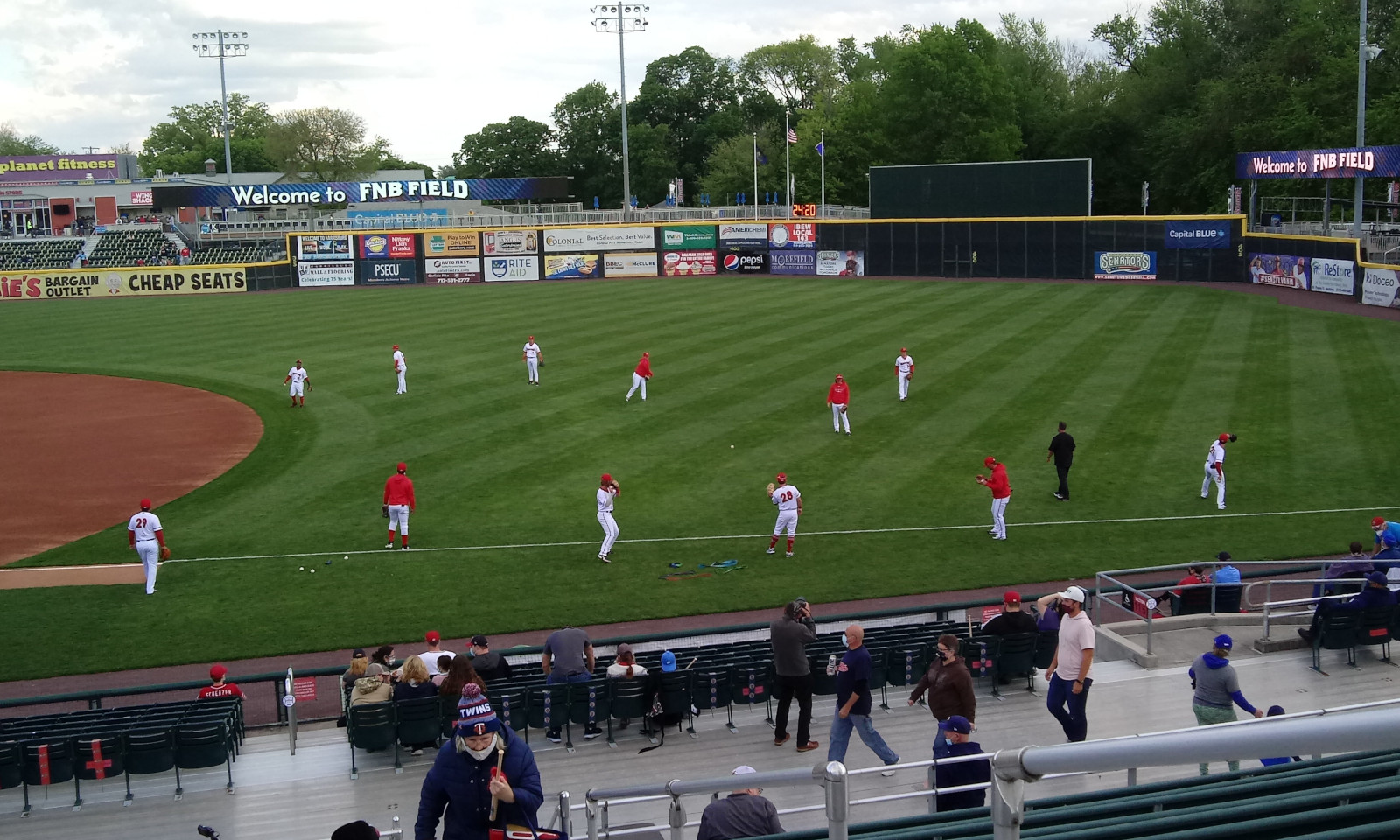 The Senators are on the field 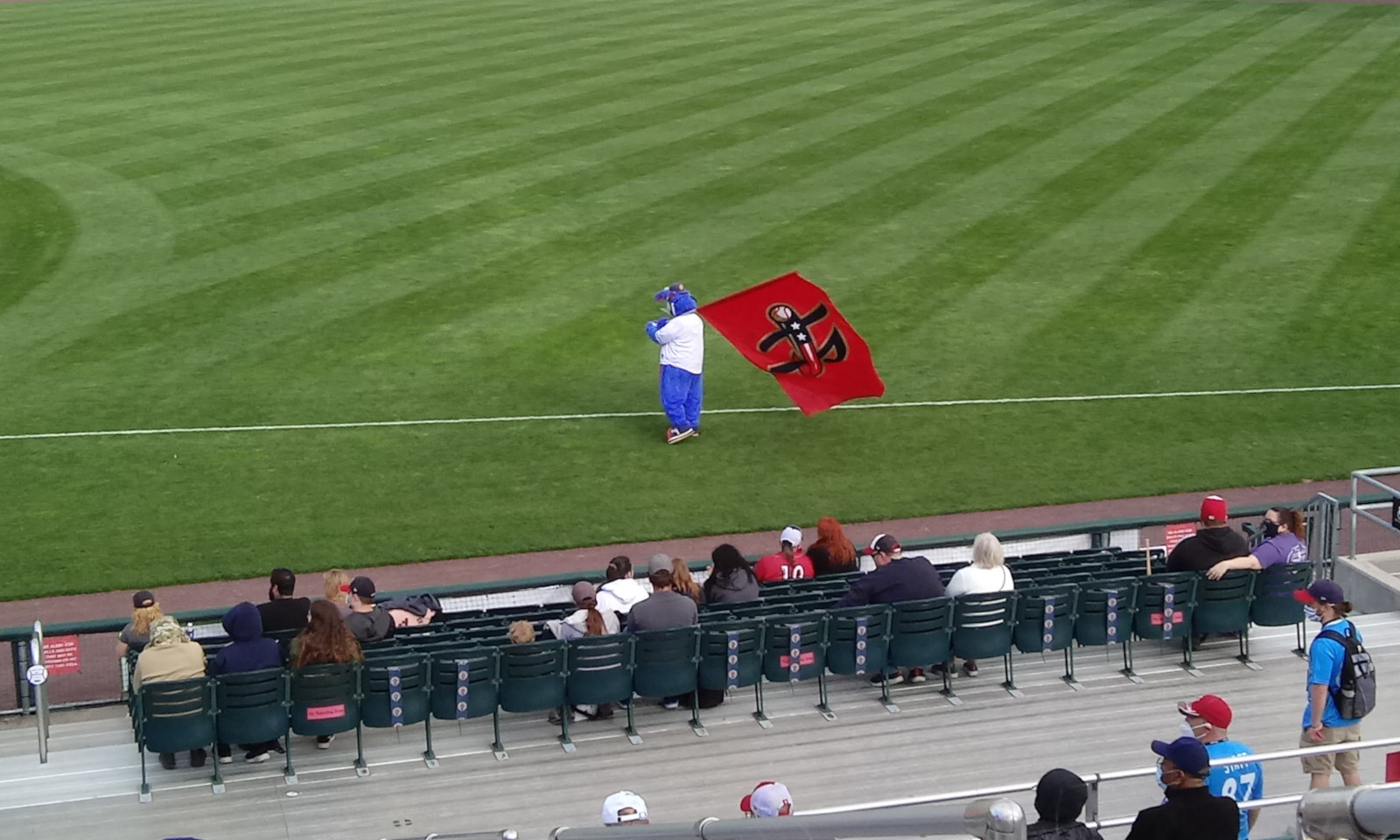 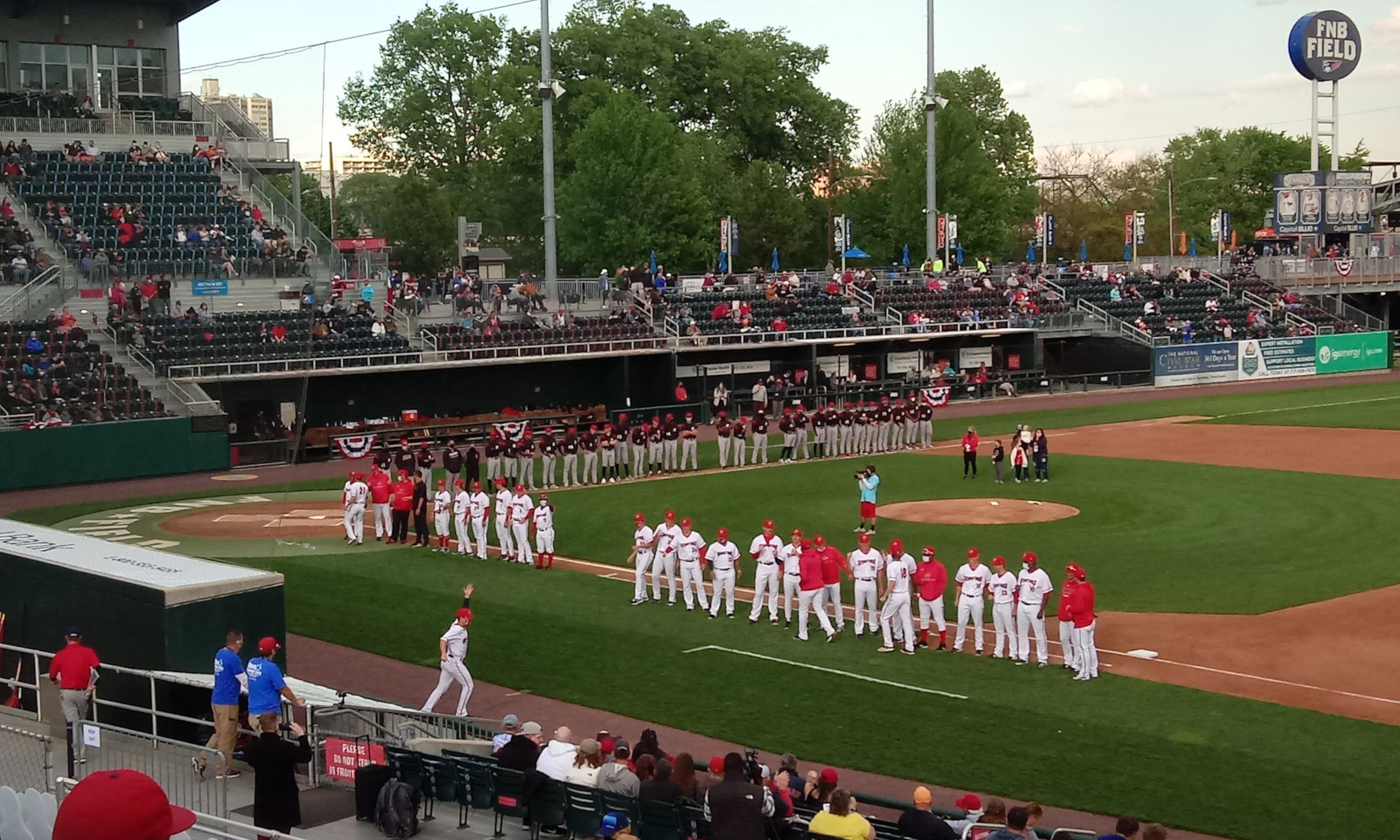 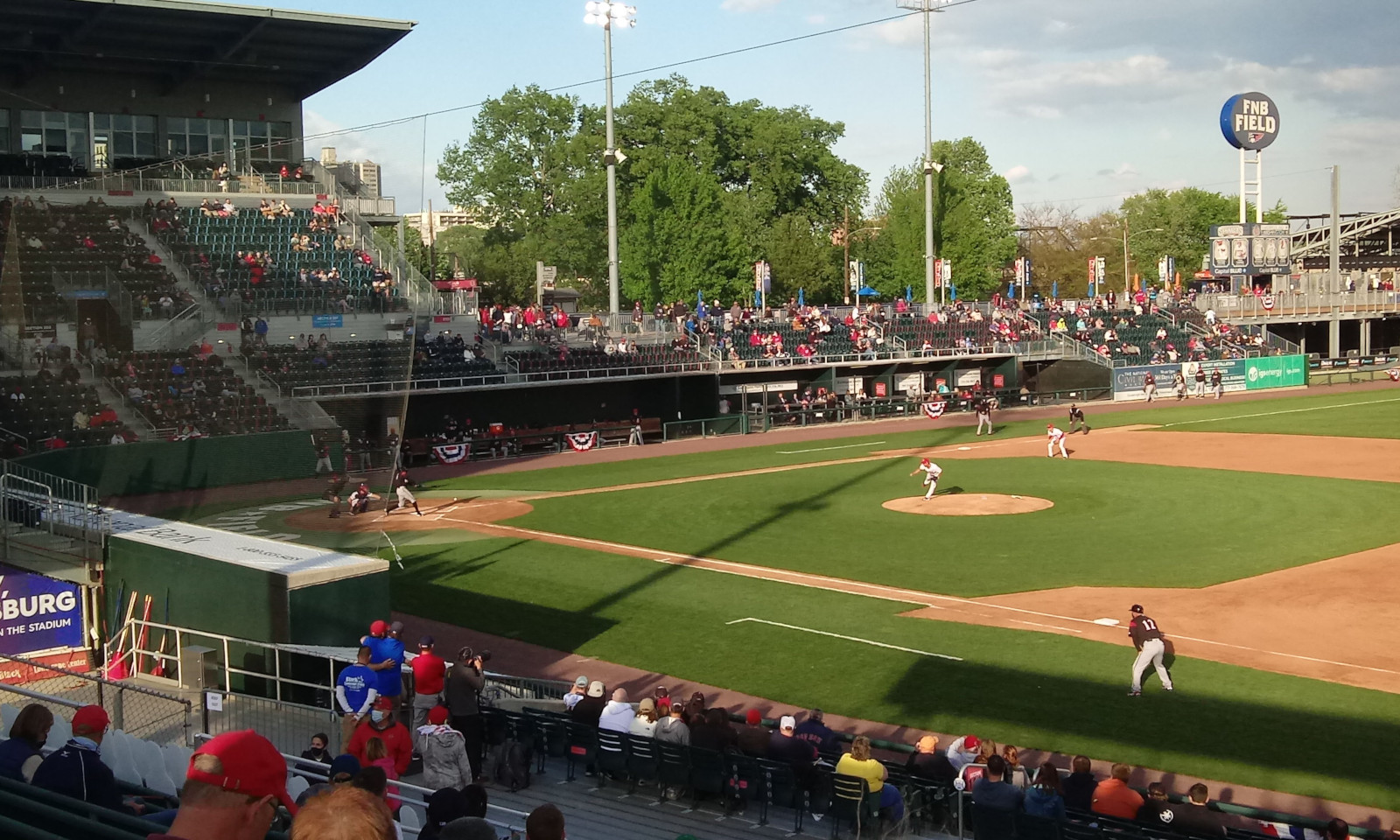 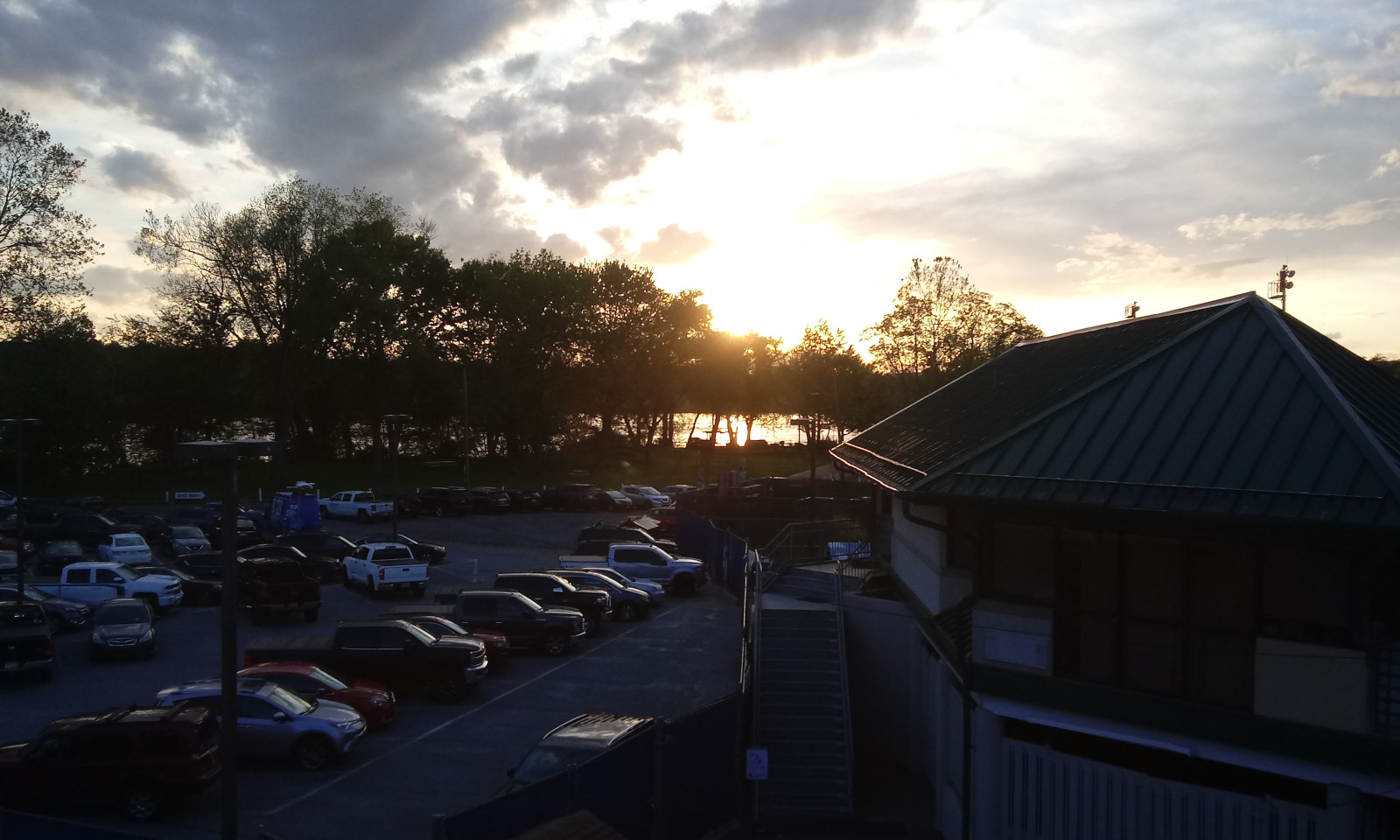 As the sun set, a cold wind came in over the Susquehanna River 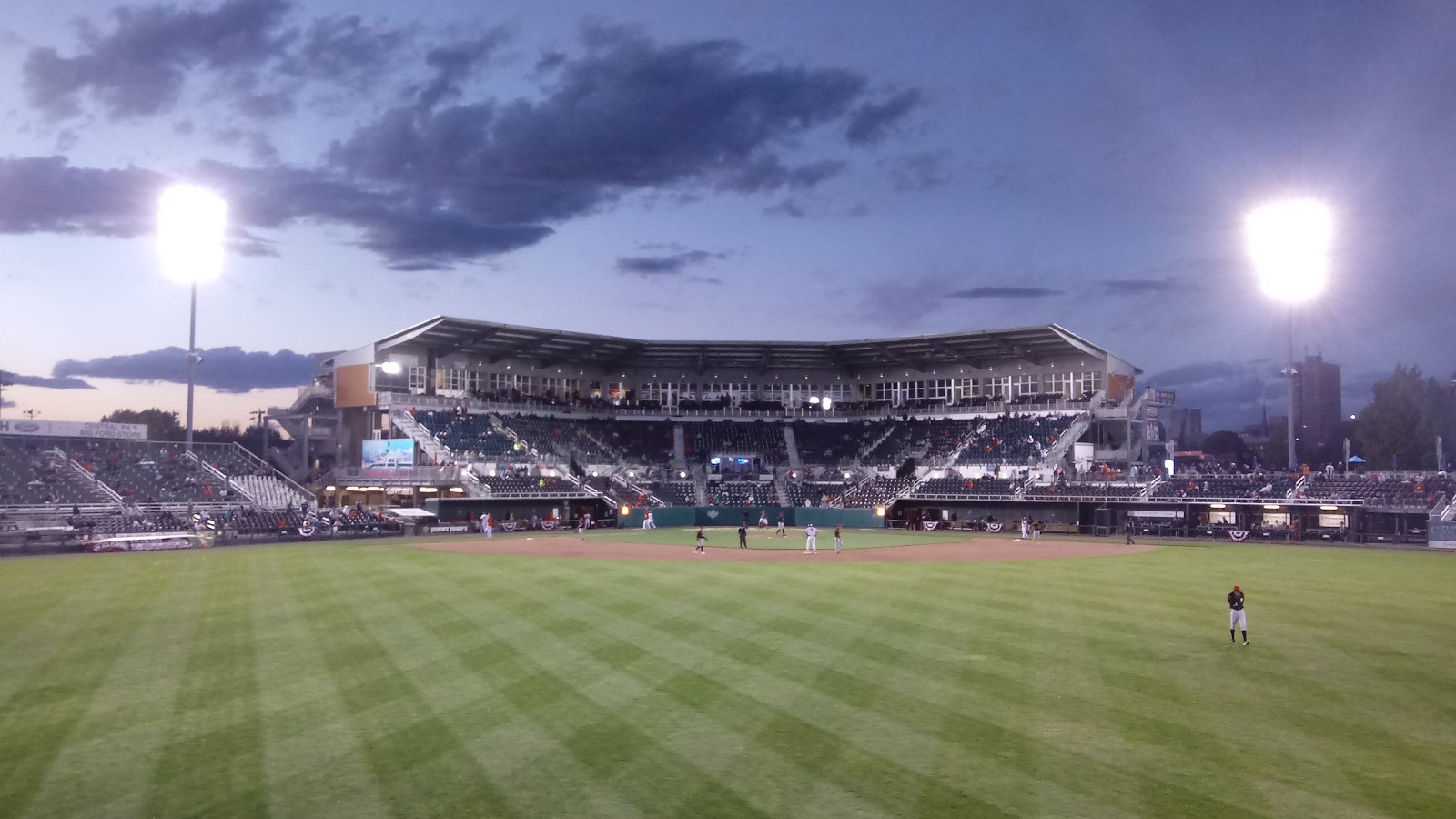 FNB Field, the bottom half of the seventh inning