The ghost of Mickey Mantle slapped me on the back of the head.

It was Thursday, May 23, 2019 and I had only an hour ago made it up to Cooperstown, NY to the Baseball Hall of Fame.

They were already closed for the evening, but I had expected as much. It was ok though, I wasn't there to walk around 'The Hall'.

That afternoon I had been in New York City, watching the Nationals Stephen Strasburg throw seven really good innings at Citi field against the Mets, only for the team to collapse, as they seemed to always do, and lose 4-6, bringing the Nationals record to an abysmal 19-31 on the season.

I had been to the Hall of Fame before, site-seeing wasn't my reason for that long boring drive- instead- I needed to see what the hell was going on with the Nationals. My team was better than 19-31. We had Max, and Stephen. We had Rendon and Turner. This kid Soto was developing into something unreal and our closers were- supposed to be good. Something was going on.

I was surprised when Mantle was the one who came up to chat- he was one of my absolute favorite players of all time. He wasn't a messenger for the baseball gods, or a spokesman... no.. he WAS one of the baseball gods.

We talked a bit of the baseball gods, and how they lend their powers to players at times to do something incredible, but also, they're all still boys of summer at heart, and will often mess with the teams they were rivals against in life.

This explained the Red Sox torment for so many decades... you see, so many of the baseball gods were Yankees.

The Mick had asked if there was something I'd wanted to see, and without even thinking I said, "I want the Nationals to win the Series this year!"

That's when he hit me.

"Boy, do you see their record? That's not a little thing even us baseball gods can wave our hands and make happen," he chuckled to himself and sat on a curb near me, a wooden bat materializing in his hands.

"Something like that would cause an unbalance of the entire scales of the universe. This would be beyond baseball."

We chatted for a while longer, seeming to drop the subject but the entire time I couldn't get it out of my head.

I mean really- what could be SO bad?

"Ok. Let's do it. Mick, I want the Nationals to win the World Series, and I'll pay any price needed for that to happen."

"But it's not just you son... you don't represent all living people."

I looked around at the empty alley behind the card and memorabilia shop then gazed back at the legend with a shrug, "I don't see any other living beings around here, so I guess I do speak for all of us don't I?"

The Mick stood, shaking his head with a few slow mock swings of his bat, then stopped and glared at me with his million dollar smile, "I owe you one, that's the only reason I'm doing this- but it's not going to be pretty ok? Everything is going to fall apart after that."

"Bring us that ring Mick."

I said the words and he laughed, then turned and faded as he walked away.

That October was one of the most magical in my entire life. I went to an NLDS game at Nats park.
I went to game 5 of the World Series in Nats Park.
Then... somehow the stars aligned and my best friend and I found ourselves in Houston for Game 7 of the World Series, watching our Washington Nationals win it all.
It was the best feeling in the world. 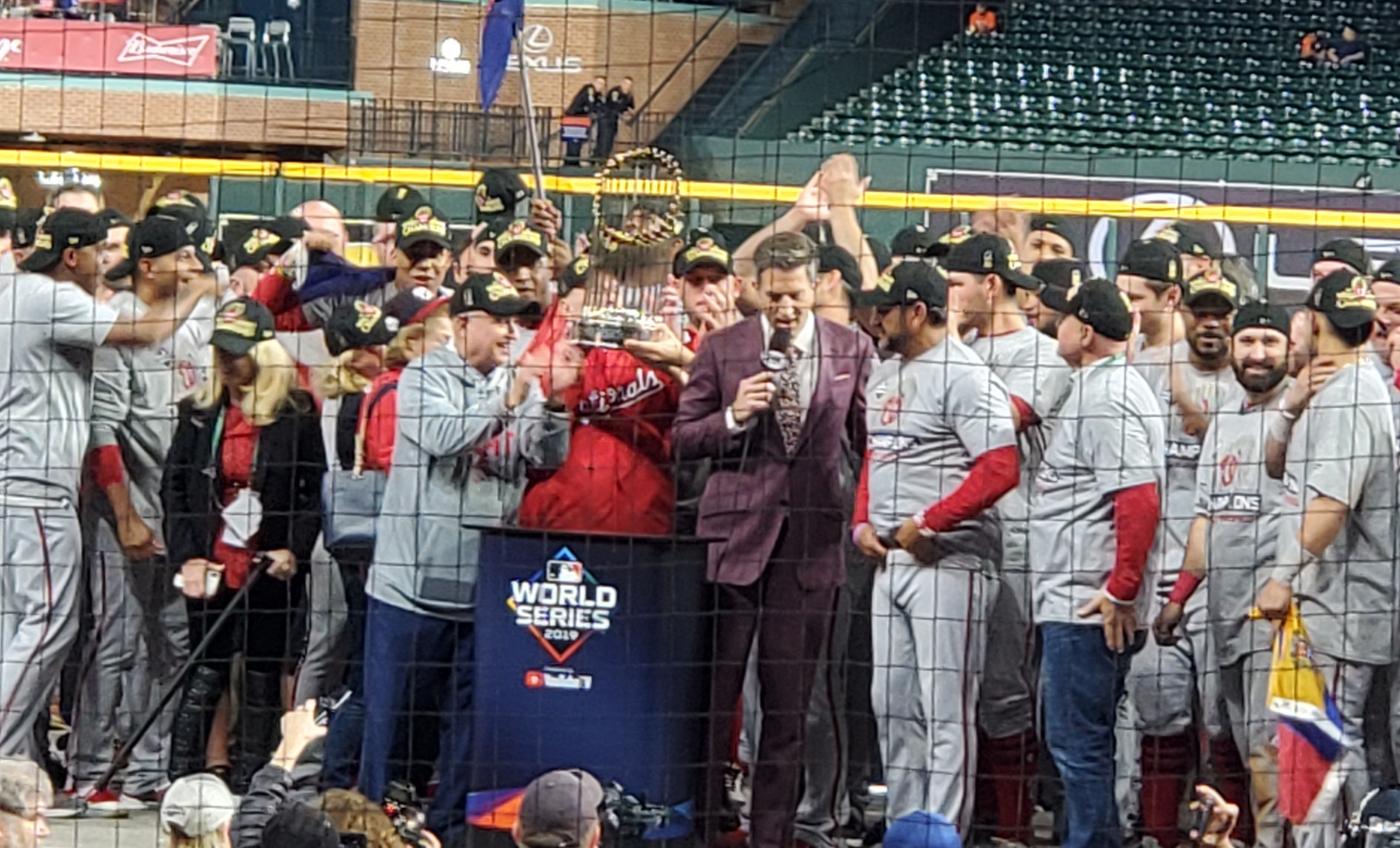 What I can only describe as sick retribution has finally reared its ugly head.

We have basically no chance to make the playoffs this year- and the crappy thing is- our team is even better than in 2019.

We started the year with a COVID outbreak. Something I'm not entirely sure Mick didn't cause. Strasburg is out, until at least some time next year because of a nerve problem in his neck. Soto, our best hitter, spent the entire first half of the year in a slump. Scherzer is probably hours away from being traded. There was a shooting outside of the stadium during one of our games, causing absolute chaos at the park. Schwarber, who was doing amazing, was sidelined for over a month for a pulled hammy. Castro is most likely off the team due to domestic abuse allegations (rightfully so if true). We lost both of our catchers due to injury and four other pitchers as well, one of them for the season. Turner is COVID positive and oh yea by the way, so is 11 others in the organization. We have less than half of our opening day roster active as of today, and of those, who knows how many will be scratched for the next few days due to COVID protocols.

This COVID outbreak will surely impact, if not totally derail the Nationals trade talks before the deadline, which is tomorrow.

To put it simply.. this entire team is an absolute dumpster fire right now.
I mean.. it's bad.

And I caused it.

You're damn right I would. 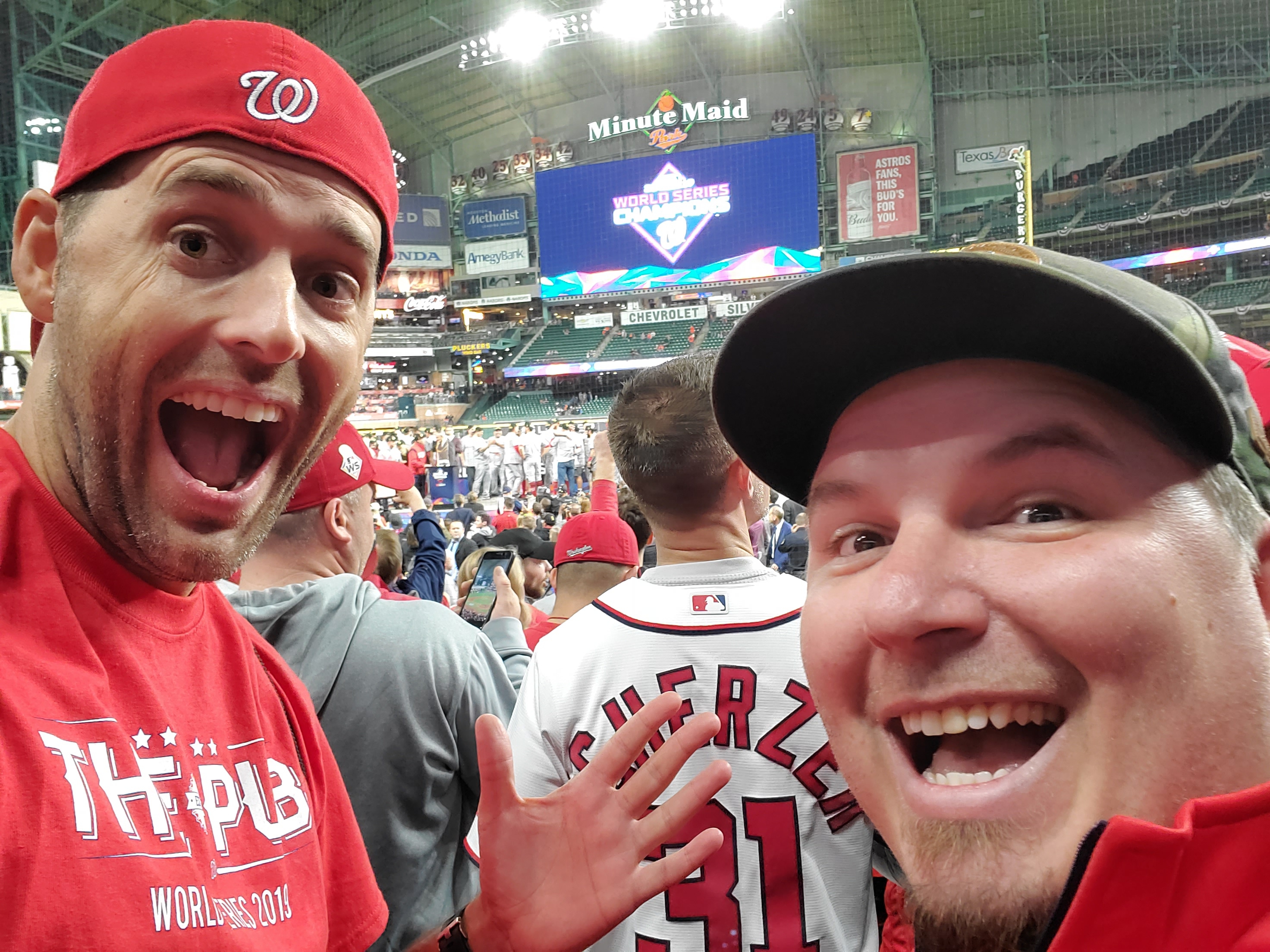